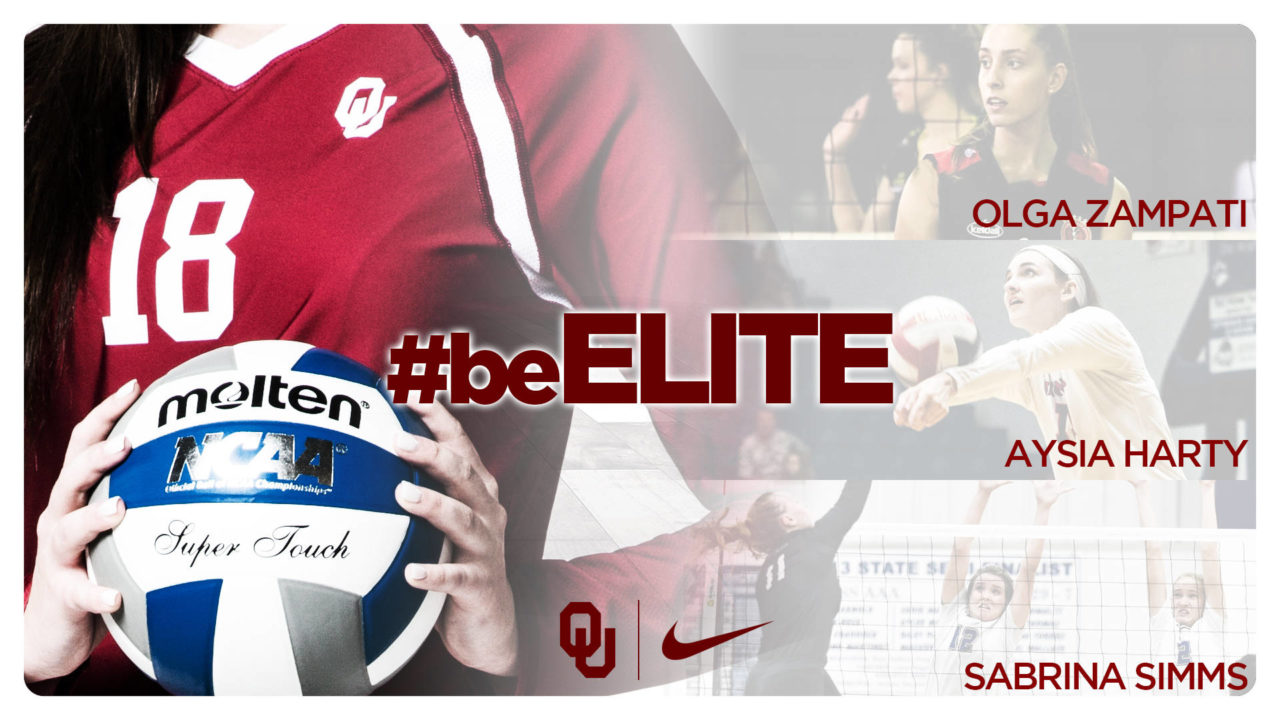 “As a whole, this group has been battled tested at every level and is ready to continue that competitive spirit as a student athlete for the University of Oklahoma,” Gray-Walton said. “Their dedication and hard work both in the classroom and on the court has allowed for their opportunity to continue on as a Sooner. The added value of this group to our team’s depth and culture will be invaluable going forward as we strive for success.”

AYSIA HARTY
A 5-7 defensive specialist, Harty comes to Norman after a successful career at McKinney Boyd High School. Harty garnered All-District accolades three times, including first-team recognition in her senior season. She has also been a part of the Dallas Skyline Juniors for the last 11 years, helping her team qualify for nationals for the past six seasons and earning Defensive Player of the Year in her last two years.

Harty also participated in soccer, basketball, soccer, tennis and cheer in high school. She excelled in the classroom, earning Academic Excellence recognition all four years and Academic All-District honors three times while holding membership with the National Honor Society for three years. Harty is the daughter of Don and Nancy Harty and sister to Aspen and Avery.

“At every level, Aysia has proven herself to be a leader for her team and their success,” Gray-Walton said. “She has competed amongst the best which has prepared her for the caliber of play in the Big 12.”

SABRINA SIMMS
Simms, a 6-0 outside hitter, spent four years as a varsity starter at Liberty Christian School, earning All-State accolades each season (one first-team, one second-team, two honorable mention). The three-time Offensive Player of the Year, Simms led her team to district playoffs three times during her career. Simms played club volleyball with Texas Image Volleyball and competed with multiple tournament championship teams, most recently helping her team to qualify for the 2018 Girls’ Junior National Championship.

An honor student for nine years and a member of the Duke TIP program, Simms also competed in beach volleyball and track and field. She is the daughter of Michael and Michelle Simms and has one sister, Gabrielle.

“Sabrina is a player that has fully committed to the transition of becoming a high-caliber outside hitter,” Gray-Walton said. “Her physicality and competitive spirit will be propellers of success for her throughout her career as a Sooner, and we are excited to welcome her to Norman.”

OLGA ZAMPATI
Zampati, also a 6-0 outside hitter, touts an impressive background with experience at the international level: she has been a member of the U15, U17, U18 and most recently U19 Greek National Teams over the past four years. In 2017, she helped her team place first in the qualification round of the European Championship, where the team eventually claimed 12th. She is set to compete in the 2018 U19 qualification round for the European Championship later this month.

Zampati was also a member of the Moraitis High School teams that placed first in the private school championships in 2015-16, ’16-17 and ’17-18 and first nationally in ’16-17. She has also competed with multiple clubs, currently playing with FO Vrilission in Athens. Zampati was named the best outside hitter at the 2015 U15 club championship and the 2016 and 2017 MVP at the U17 championships. She is the daughter of Efstathios Zampatis and Eleni Rizopoulou and the sister of Thodoris and George.

“Olga is a crafty player that arrives in Norman with a wealth of high level international experience under her belt,” Gray-Walton said. “Her volleyball IQ will provide success in the outside hitter position and also growth for our own culture and team here with Oklahoma volleyball.”