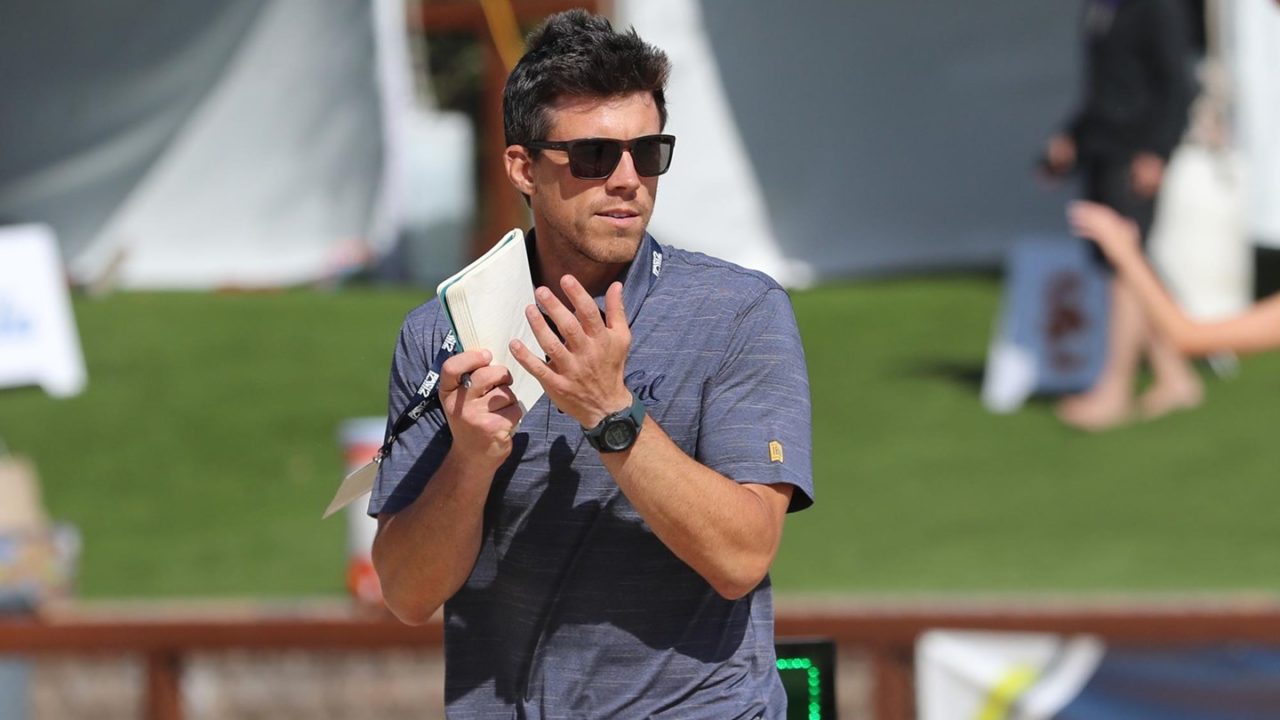 Derek Olson, who helped elevate the Cal beach volleyball team to become one of the top programs in the Pac-12 last season, has been promoted to Associate Head Coach. Current Photo via Cal Athletics

BERKELEY, Calif. – Derek Olson, who helped elevate the Cal beach volleyball team to become one of the top programs in the Pac-12 last season, has been promoted to Associate Head Coach.

Olson was hired last fall as an assistant coach and aided in guiding the Bears to the finest season in the five-year history of the program. Cal finished the year ranked No. 12 in the country and placed third at the Pac-12 Championships.

“Derek joined our program and made an immediate impact,” Cal head coach Meagan Owusu said. “He is an expert at the game, both strategically and technically. We are still a young program and Derek is an integral piece in pushing us where we want to go.”

Olson has been an active competitor on the AVP for the past 10 years and has also participated on the FIVB Tour. He represented the United States in nine NORCECA events internationally. He came to Cal after serving as the beach director for the Coast Volleyball Club in San Diego.

“Meagan has been nothing but supportive since I got here and this just kind of helps both of us going forward in establishing the program that we want,” Olson said. “We can tell recruits that I am in it for the long haul. I always felt like I would be here. Now we just have to keep improving year by year.”

Cal finished 2018 with a 24-8 record, easily the best in program history. The Bears knocked off eight ranked opponents, including a victory over No. 4 USC – the highest-ranked opponent Cal has ever beat. The Bears will return eight of their top-10 players in 2019.