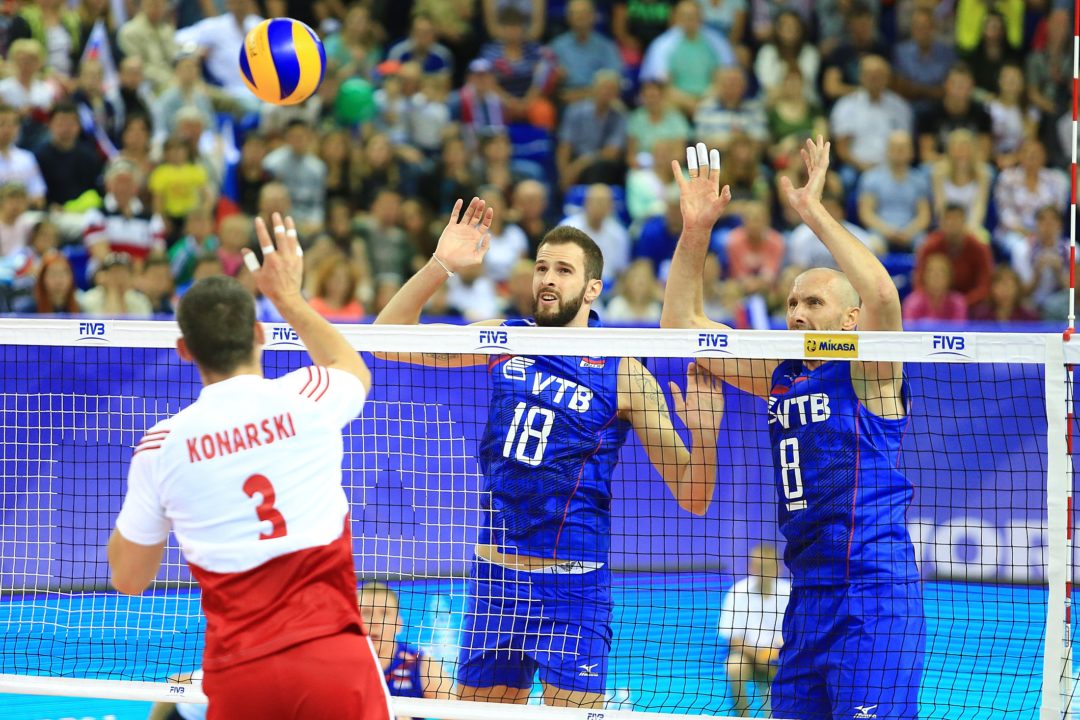 2012 Olympic Champion and middle blocker Alexander Volkov (#18 in the middle) has re-signed with Zenit St. Petersburg. Archive Photo via FIVB

2012 Olympic Gold-Medalist Alexander Volkov has decided to re-sign with Zenit St. Petersburg for his next club season in 2018-2019. Volkov originally joined the club in 2017.

The Moscow native has been with the Russian National Team since 2004, collecting golds at the 2012 London Olympics, 2011 World Cup and 2011 World League. He also also helped the country earn seven other silver or bronze medals throughout tournaments in his time with Team Russia. At one of those events – the 2009 CEV European Championship – he earned the Best Spiker award. Currently (as of week three) he is not with the team for the 2018 FIVB Men’s Volleyball Nations League.

As part of club, Volkov has been with five different teams to earn top three finishes at the CEV Champions League, notably in 2007 with Dinamo Moscow when they won bronze and he earned the Best Blocker award. He also won gold twice at the event with Zenit Kazan in 2011-2012 and 2014-2015.

VC Zenit St. Petersburg was actually just founded in the summer of 2017 more making a move later to acquire Volkov. In their inaugural season, they earned a fifth-place regular season ranking at 17-9 (50 points) before upending Volkov’s former club Dinamo Moscow in the semifinals to earn a second-place finish.