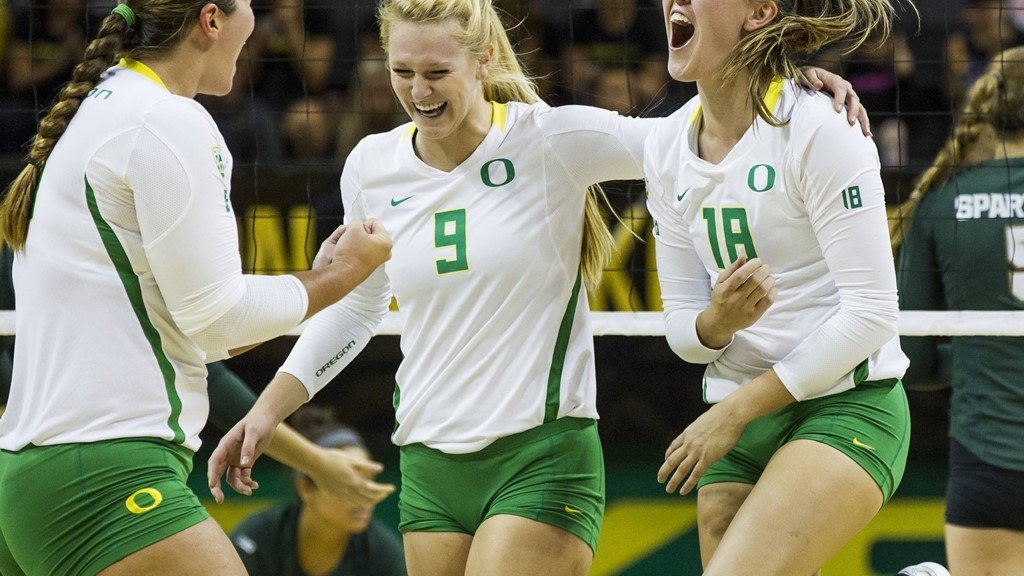 Kacey Nady, one of just two seniors last season on the University of Oregon women’s volleyball team, will transfer to Arizona next season to use her final season of NCAA eligibility on the beach. Because beach volleyball is considered to be a different sport from the indoor game, Nady is able to use one more season of eligibility after transferring next season.

Nady, who didn’t play on Oregon’s beach team this spring, finished her career with a .315 hitting percentage, which ranks her 5th in program history. She averaged 1.39 kills and .89 blocks per set as a senior, while making an astonishingly-low 27 attack errors on 274 swings. She had a season-high 9 kills on a .750 hitting percentage in a season-opening loss to Texas – who would eventually finish as the national runners-up.

Nady is a 6’2″ middle blocker from San Diego, and while she doesn’t have any significant beach experience in her resume, she does have a diverse sports background with two varsity letters from high school in basketball and two in track. Her dad played football at SMU and her cousin, Xaiver Nady, and spent 15 seasons in Major League Baseball.

Arizona beach finished the 2017 season with a 17-10 record and ranked 9th in the final AVCA coaches’ poll. The team finished 2-2 in the post-season Pac-12 tournament, and were one of the first teams out for an NCAA tournament selection. The Wildcats graduated 3 significant players from their beach team. Twins McKenna Witt and Madison Witt, who played at the #1 line last season for the Wildcats, both graduated, as did blocker Halli Amaro – who in 4 years on the team’s indoor roster graduated having played the most sets in program history.

Oregon removed both its head indoor coach and head volleyball coach, a husband-and-wife duo, this spring.