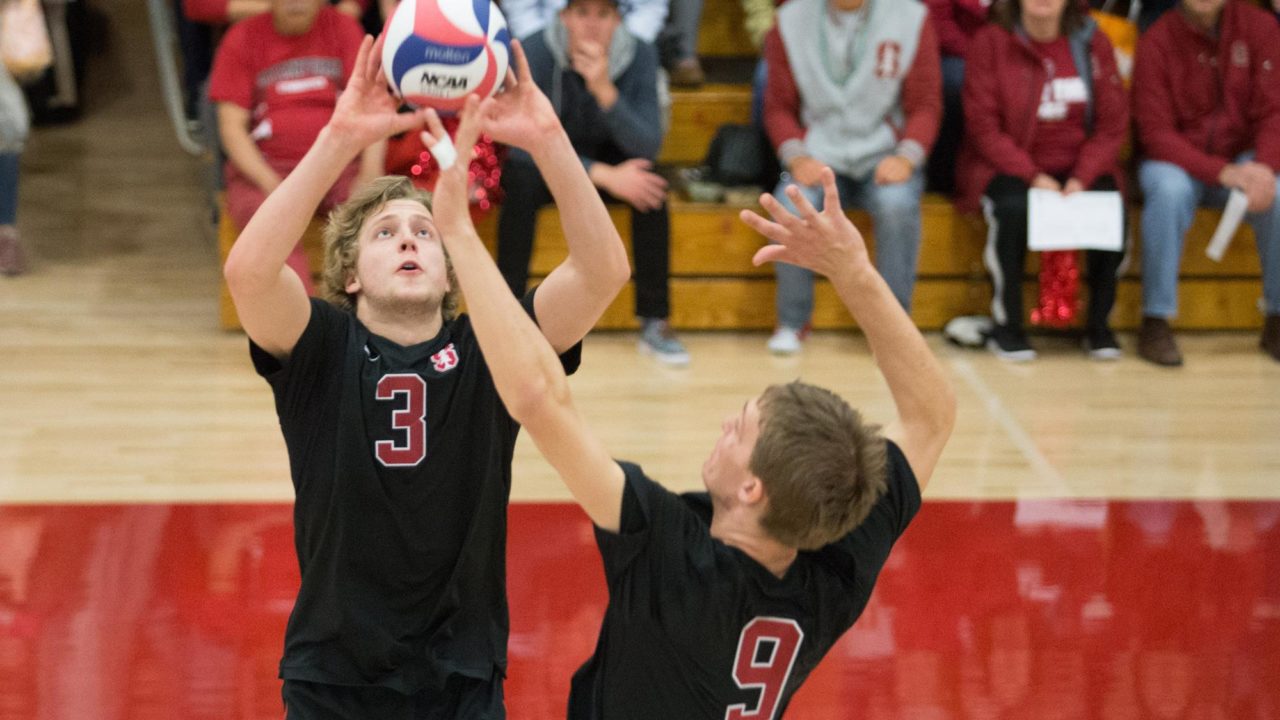 Stanford's starting setter Paul Bischoff returned this past week for the Cardinal and raised the offense's game. Archive Photo via Stanford Athletics

Stanford’s sophomore starting setter Paul Bischoff returned to action this week after missing the team’s first 3 games of the season. Last week, Bischoff was day-to-day with an undisclosed injury.

The return was a boon for the Cardinal, who went 0-3 in the first week without Bischoff but went 1-1 this past week with him back in control of the offense in two tough road matches at Ohio State and at Ball State. The latter was Stanford’s first win of the season and a sweep.

Behind Bischoff’s return, Stanford moved up from 18 to 16 in the VolleyMob Top 20 Power Rankings and will host #8 CSUN and #1 Long Beach State this upcoming week.