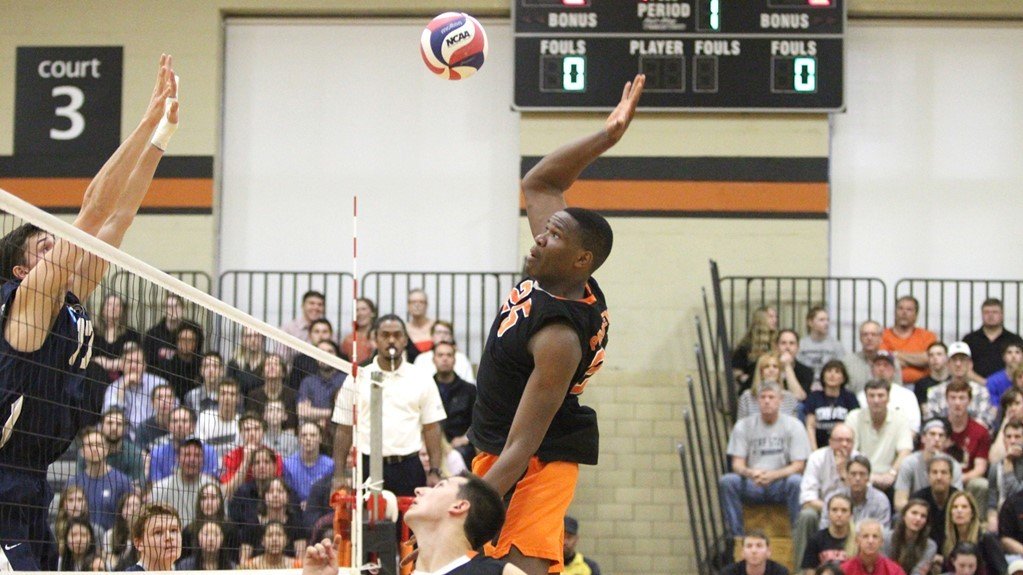 2017 All-EIVA middle blocker Junior Oboh was back in the Princeton lineup this past weekend. Archive Photo via Princeton Athletics

Princeton’s early season struggles continued as they dropped to 1-4, but they did get some good news from the last match as 2017 All-EIVA middle blocker Junior Oboh returned to action.

Oboh was noted as being out in the opener of the season and missed the first four matches of the 2018 season. He finally returned in the team’s only match this week against Fort Wayne.

Unfortunately for Princeton, Oboh’s return wasn’t enough to spark a victory as the Tigers were upset by Fort Wayne in a sweep fashion. He was limited to seeing time in two of the three sets and only saw five swings, but he did knock down three kills while hitting .400.

It’s unclear if Oboh was 100 percent for the match, especially since he didn’t play in all three sets. It is a good sign though that he did play though considering that the Tigers don’t play again until January 31 at UC San Diego.