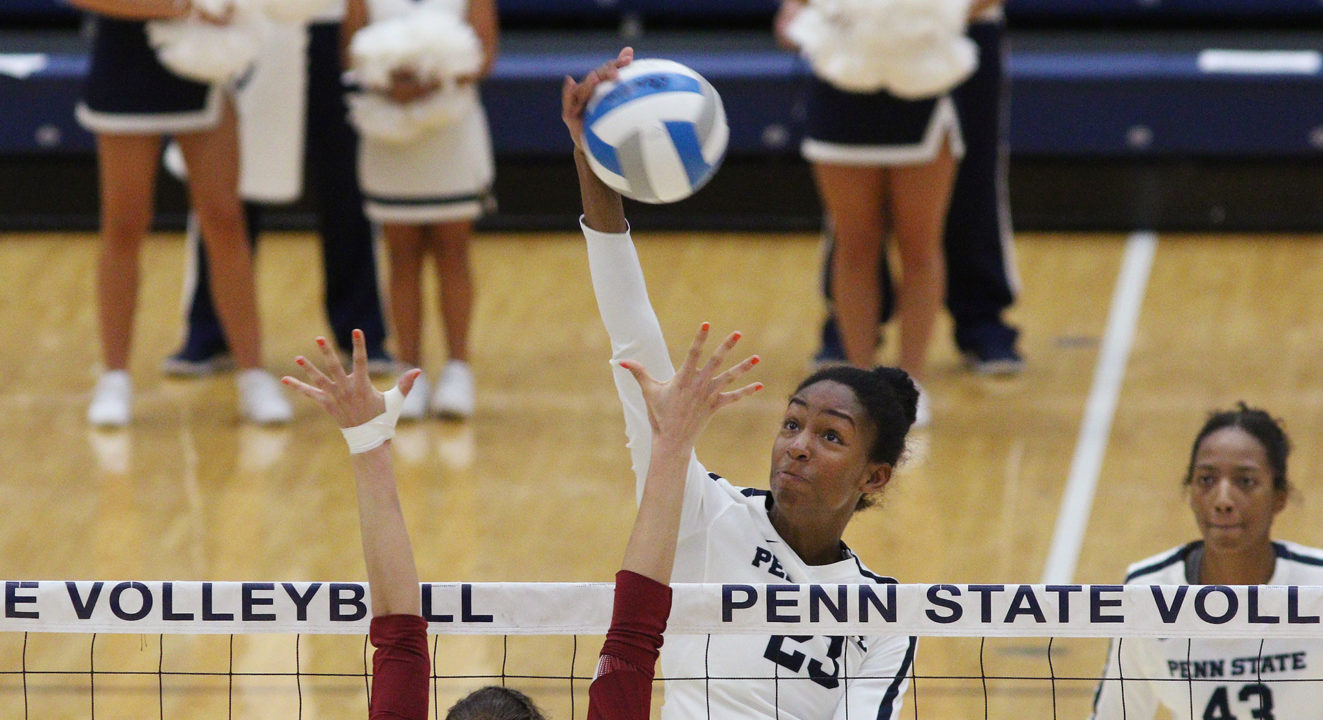 Penn State's leader in hitting percentage and blocks per set did not travel with the team as they face #25 Purdue. Archive Photo via Craig Houtz/Penn State Athletics

Playing in West Lafayette can be quite the task, especially against a ranked Purdue squad. Things are even tougher though for Penn State tonight, who are without the services of freshman middle blocker Kaitlyn Hord.

One of the top freshmen coming in from the prep level, Hord has made her impact known right away for the Nittany Lions. She’s the top middle in points per set, and ranks fifth overall for the team in kills per set (2.30) to go with a team-best .379 hitting percentage and the second most blocks per set (1.22) on the team.

The reasoning isn’t totally clear at this moment, though the ESPNU Broadcast noted that Hord did not travel with the team to Indiana, so is not on the sideline either. Before tonight, Hord had played in the team’s last 41 sets.

At this moment in time, Penn State and Purdue are locked up 1-1 in sets on ESPNU. So far another freshman in Amanda Phegley has filled in for her and logged three kills. She came into the night with just seven sets played.

Penn State, ranked 11th in the latest VolleyMob Top 25 Power Rankings and 9th in the most recent AVCA Coaches Poll, is 13-3 and 4-2 in the Big Ten to begin 2018, with their match tonight against Purdue pending.