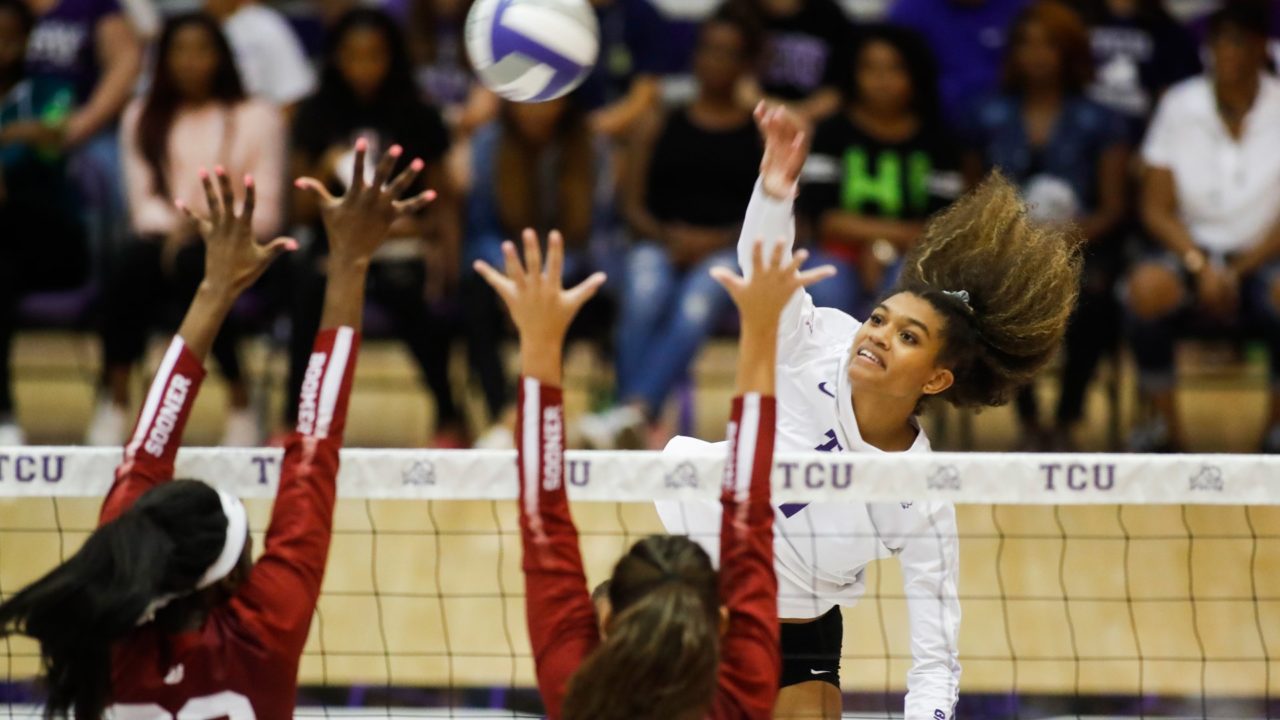 Baylor’s Yossiana Pressley, who has averaged 5.13 kills and 2.10 digs per set in 2018, missed the Bears’ loss to Kansas on Saturday and remained out of the lineup for Wednesday’s matchup with TCU.

With the sophomore outside and two-time Big 12 Offensive Player of the Week missing against the Jayhawks, the Bears looked to Gia Milana and Aniah Philo, who each notched double-doubles.

On Wednesday, Philo also was out of the lineup. The senior outside hitter has averaged 2.74 kills per set on the year, including 10 double-digit kill totals and eight double-doubles.

On the other side of the net, TCU was missing a key player of its own as rookie élan McCall was seen sporting a boot on the Horned Frog bench during the match.

McCall, who has been picked up four of the seven Big 12 Rookie of the Week nods, has notched double-digit kills in all 16 of the team’s matches in 2018, including a 21-kill, 17-dig outing in the Frog’s Saturday win over Texas Tech.

Anna Walsh has been the TCU’s second option throughout the season with 3.10 kills per set.