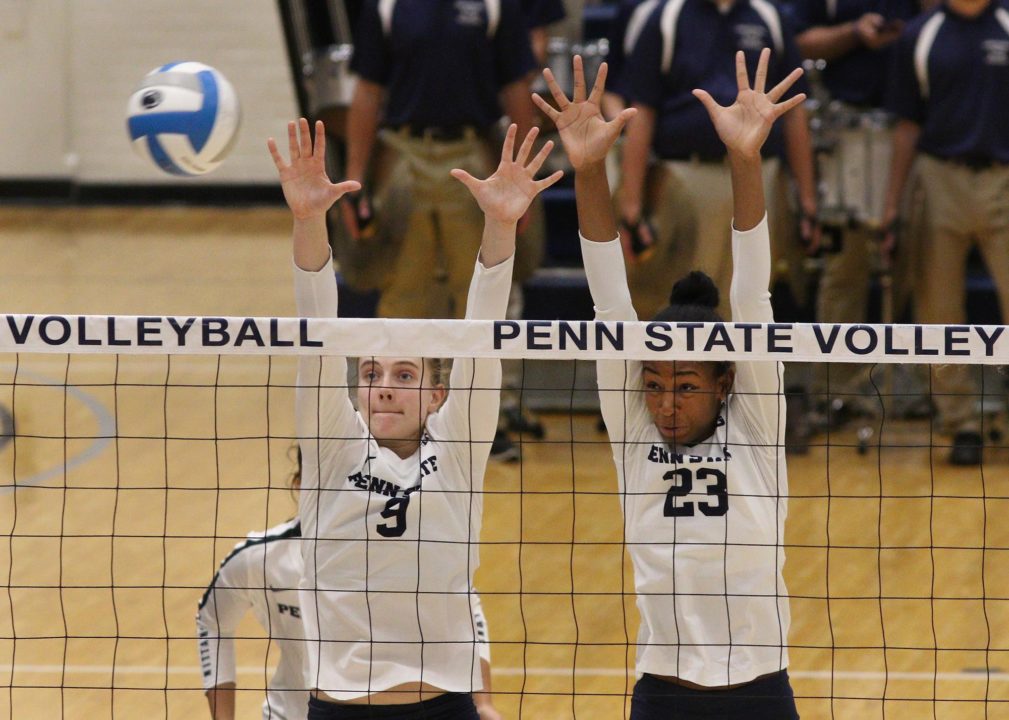 Kaitlyn Hord (pictured right) is back for a Penn State team that is on a roll of late. Archive Photo via Craig Houtz/PSU Athletics

Despite having a monumental week of play to jump from #11 to #4 in the latest VolleyMob Top 25 Power Rankings, Penn State wasn’t even at full force. Instead they were without starting middle blocker Kaitlyn Hord, who returned in a sweep of Rutgers last night.

Last week, Hord did not travel with the team to Purdue in what turned into a four-set road win over a ranked opponent. Then, she did not get court action in the Nittany Lions’ five-set victory over Nebraska.

Filling in for her against Purdue was Amanda Phegley, who scored six kills on nine swings with two blocks. Against Nebraska though she appeared in just one of the sets, while usual contributors Tori Gorrell and Serena Gray locked things down.

A 6’4″ middle, Hord is in her first year with the team. She joined the program from Lexington, Kentucky and was the #3 recruit per PrepVolleyball while being part of the USA Girls’ U18 World Championship team.

Following their victory last night, Penn State is 16-3 overall this season and 7-2 in the Big Ten. Their season continues Saturday at Rutgers before they get Indiana and Purdue at home next week.