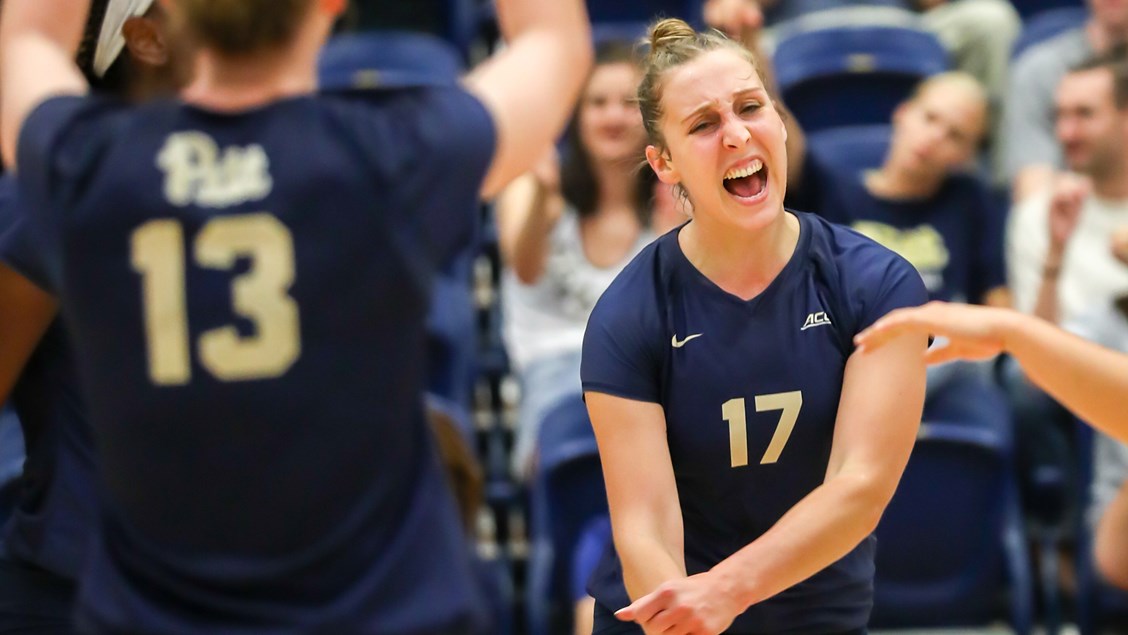 The Pitt-Louisville matchup has been circled on ACC calendars since the schedule was released. The two teams, both undefeated in conference play, will face off on Sunday in Pittsburgh. Archive Photo via Pitt Athletics

NCAA Division I* Volleyball’s two undefeated teams, BYU and Pitt, roll on to another week of play in the NCAA season.

*The NCAA has one other undefeated team, Division II Wingate, who are 20-0. They play Carson-Newman (11-8) this weekend before a big 4-match week next week, which includes 22-3 Anderson next Friday.

BYU cruised through last week’s opponents San Francisco and Santa Clara and have now won 42 of their last 44 sets to sit 18-0. Things get tougher this week as they face Pepperdine, who are the #2 team in the WCC at 7-1; and Loyola Marymount, who are 4th in the conference at 5-3. Given the way BYU has rolled through the conference so far, however, they’ll expect to win both of those matches, and all 10 of their remaining matches, to at least finish the regular season unbeaten.

As for Pitt, who are now 20-0, in spite of picking up two tough wins over UNC (3-0) and NC State (3-1) on the road last week, things don’t get much easier in the improving ACC. They’ll welcome in Notre Dame on Friday and then Louisville on Sunday to the Fitzgerald Field House. Those teams are  both over .500 in ACC play, with Louisville matching the Panthers’ 8-0 record in conference play this season. Those two teams tied for the ACC title last year, and with only one matchup this season, and neither team showing much vulnerability to the rest of the conference, this match could determine the ACC title.

Rankings based on RPI to allow for expansion beyond top 25 teams, which neither program has many matches remaining against.