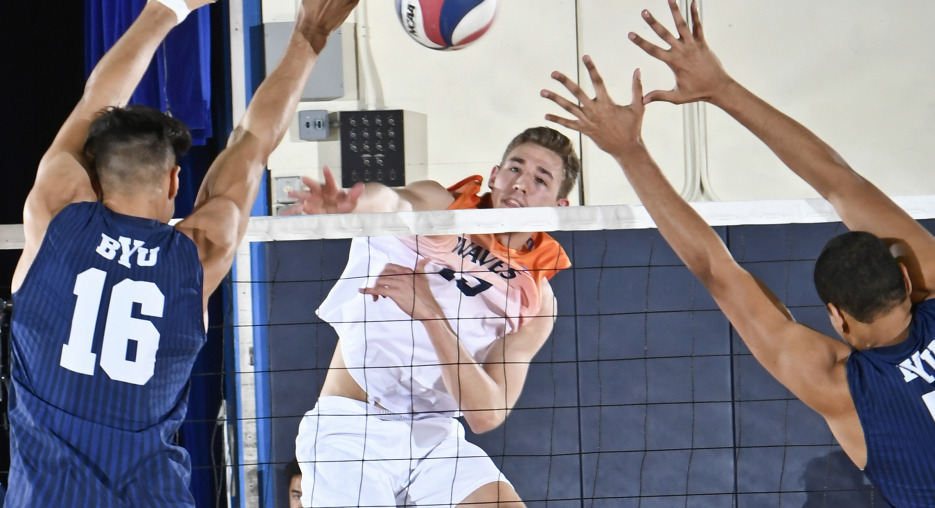 With 2 days to go before the start of the 2018 MPSF Conference Tournament, which will determine the league’s automatic... Current Photo via Pepperdine Athletics

With 2 days to go before the start of the 2018 MPSF Conference Tournament, which will determine the league’s automatic bid to the NCAA Championship tournament, the All-MPSF selections for 2018 have been announced.

The top awards went to Pepperdine outside hitter David Wieczorek as the MPSF Player of the Year and BYU freshman opposite Gabi Garcia Fernandez as Freshman of the Year.

Wieczorek, a redshirt juniior from Chicago, is one of just two outside hitters to rank in the top 15 in the conference in both hitting percentage (.358) and kills-per-set (3.94). That hitting percentage ranks him 16th in the country, and the kills-per-set average ranks him 7th. Only Stanford’s Jaylen Jasper has a higher kills average among MPSF players this season (3.99).

As for Garcia Fernandez, he exploded as a freshman to help fill the significant offensive gap left for the Cougars by the departures of Jake Langlois (graduation) and Ben Patch (turning pro) after last season. He averaged 3.44 kills-per-set to rank 5th in the MPSF, had 46 aces, second-most in the conference, and leads the conference with 434 total points.

He ranks 2nd among freshman nationally in points-per-set (4.34), behind only fellow MPSF rookie – the aforementioned Jasper from Stanford (4.40).

UCLA outside hitter/libero JT Hatch was named to the All-MPSF Second-Team, making him the only player on this year’s roster to earn 4 All-MPSF honors in his career. Wieczorek and UCLA setter Micah Ma’a, both first team selections this year, will have a chance to imitate that next season with another year of eligibility remaining for each. 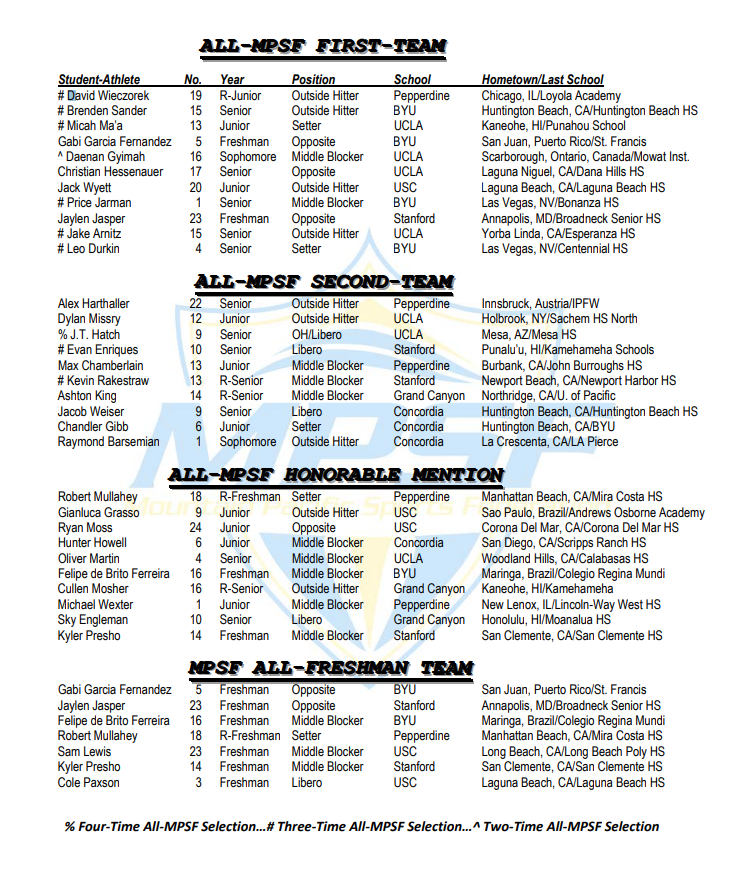