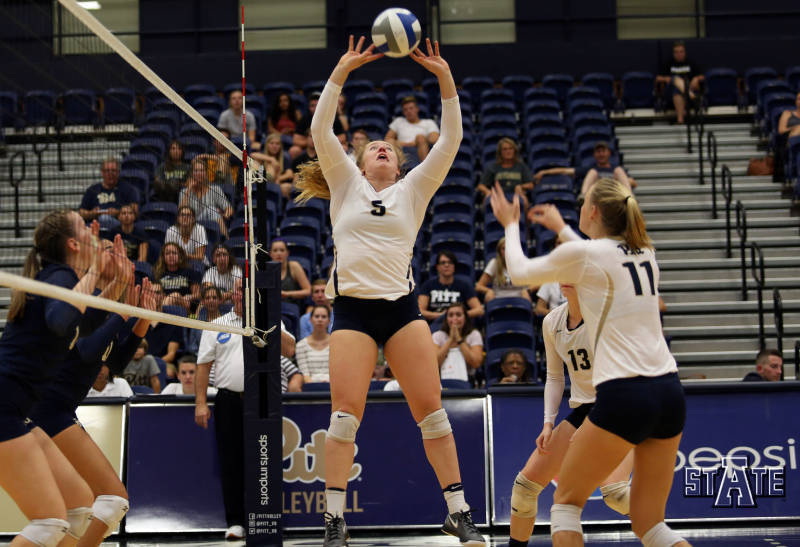 Arkansas State announced the signing of transfer Ellie Watkins to the program. After two seasons at Pittsburgh, the 5’10” setter will have two years left of play and be eligible immediately in 2017.

Originally from Weldon Spring, Missouri, Watkins led Lutheran High School to three straight district championships as she was an All-State honoree in both her senior year (First Team) and junior year (Second Team). After her prep career, Watkins jetted off to Pittsburgh. As a freshman she saw action in just one match, but her playing time rose as a sophomore in 2016 when she appeared in 117 sets. As part of a Pittsburgh team that made its first NCAA Tournament in 12 years the its first second round in 13, Watkins dished out 86 assists to pair with her 20 blocks, 15 digs and two kills.

“I’m very excited about adding Ellie to our program,” Arkansas State head coach David Rehr said in the school’s release. “She’s filling a big need for us at setter after losing Mallory Warrington and should help our offense tremendously.”

Rehr mentioned the loss of Warrington, who graduated with 4,296 career assists and 1,183 digs. She played all four years and was the primary setter in her last three. Additionally, the Red Wolves lost backup setter Lauren Petersen via transfer. That gives Watkins a good opportunity to push for a starting role and have an impact in 2017.

Arkansas State finished 2016 with a 25-8 record, including a 15-1 mark in Sun Belt play. They lost in the Sun Belt tournament finals, denying them a second straight NCAA Tournament bid after going in 2015 with a 28-win team. They’ll look for Watkins to serve an important role and assist in the team getting back to the big dance.