Plummer/Mirkovic Advance To Quarterfinals Of U21 Beach Championships 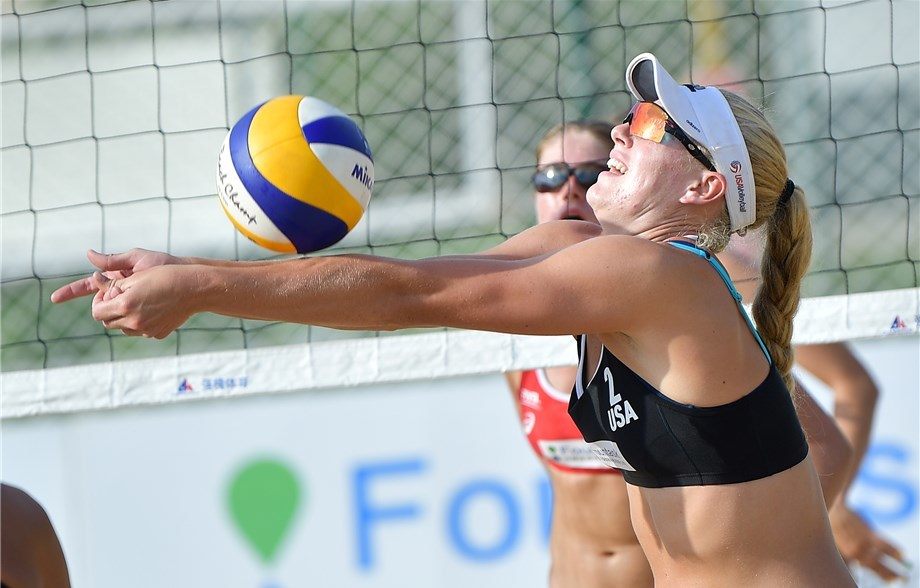 The Round of 16 has ended at the U21 World Beach Championships with eight teams remaining in both genders. Current Photo via FIVB

The Round of 16 has ended at the U21 World Beach Championships with eight teams remaining in both genders. The quarterfinal and semifinal rounds will be played on July 15 with the finals for both men’s and women’s play taking place on July 16. 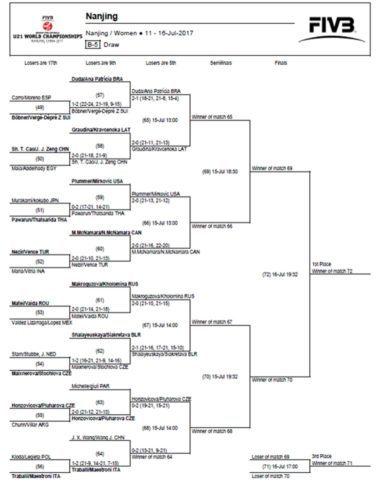 Team USA’s Kathryn Plummer/Milica Mirkovic continue to dominate the women’s side with a quick 2-0, (21-13, 21-12) win over Thailand’s Pawarun Chanthawichai/Thatsarida Singchuea.

Plummer/Mirkovic advanced directly to the round of 16 after winning all three of their pool play matches, where they met the 2017 U21 Asian Championship winners. The pure strength and height advantage of Plummer helped to give the American’s the win. The pair will now take on Canada’s Megan McNamara/Nicole McNamara in the quarterfinals. 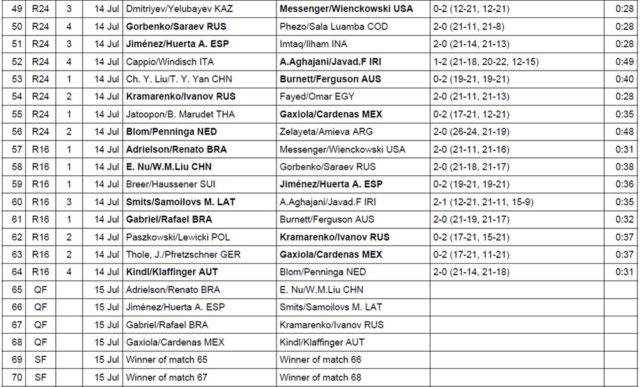 Latvia’s Kristaps Smits/Mihails Samoilovs are heading to the men’s quarterfinals after taking down Iran’s Alireza Aghajanighasab/Javad Firouzpourbandpei 2-1, (12-21, 21-11, 15-9). The Iranians dominated the first set, but the Latvians quickly reversed the results to force a third set, in which the Latvians used a powerful attack to take down the tough Iranian team 15-9.