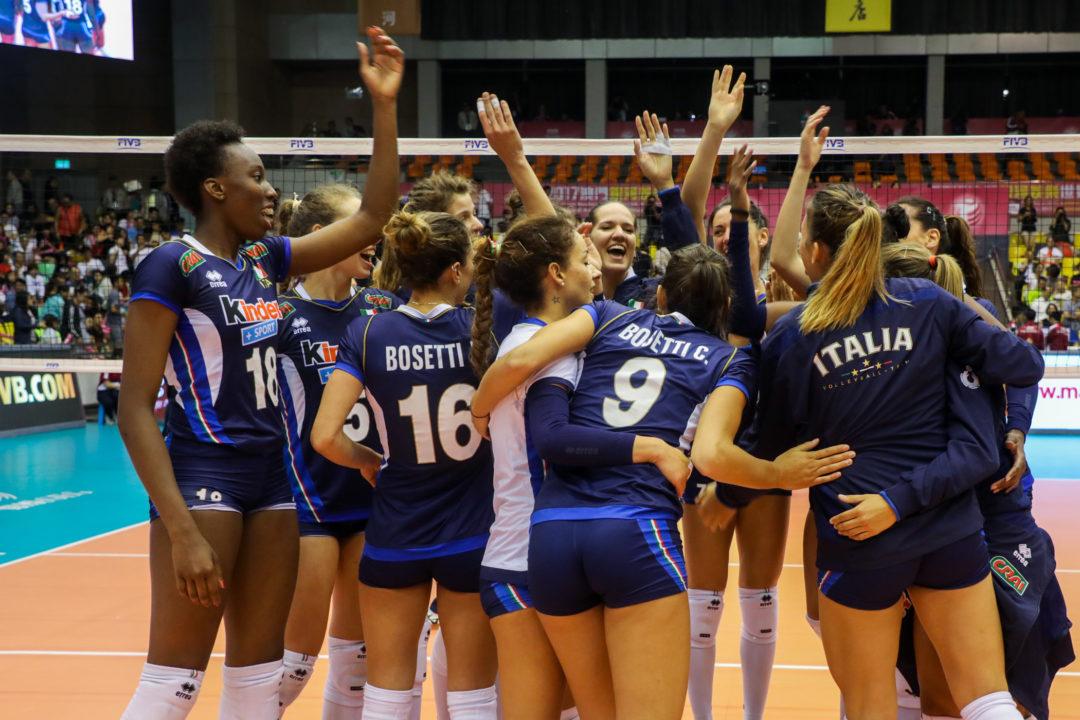 The United States remains atop the standings after day four of the World Grand Prix after taking down Turkey in four sets. Current Photo via FIVB

The United States remains atop the standings after day four of the World Grand Prix after taking down Turkey in four sets. Close behind is The Netherlands, who has just one loss followed by Serbia who lost their first match of the Grand Prix in a rematch to Brazil in three sets.

Brazil sought revenge after Serbia humiliated them in three sets in week one. In the opening match of Pool D1 the two met again with Brazil taking charge, winning in three. The Brazilian side was backed by Natalia Pereira who had 16 points in the match. Serbia’s Ana Bjelica led the team with 15 points, followed by Brankica Mihajlovic, who was deemed the player of the week in week one, with 11.

Italy tops Pool E1, in points after sweeping China in their opening match. The Chinese were without their star player, Zhu Ting, in the first week of play, due to fatigue, however, the Olympic MVP returned to the court against Italy in the second set putting down 10 points. It was not enough, though, to handle a strong offensive day for Italy’s Paola Ogechi Egonu, who put down 21 points in the win. For the other match in Pool E1, the American crew remained undefeated in the competition with a four-set victory over Turkey. Michelle Bartsch-Hackley led the attack for the Americans, putting down 17 points in the win, with 11 kills, two blocks and four aces.

Pool F1 saw The Netherlands sweep Belgium with Celeste Plak leading the way with 21 points. Russia claimed their first win of the Grand Prix over the Dominican Republic in four sets. Irina Fetisova stepped it up for the Russians, putting down 18 points in the win.