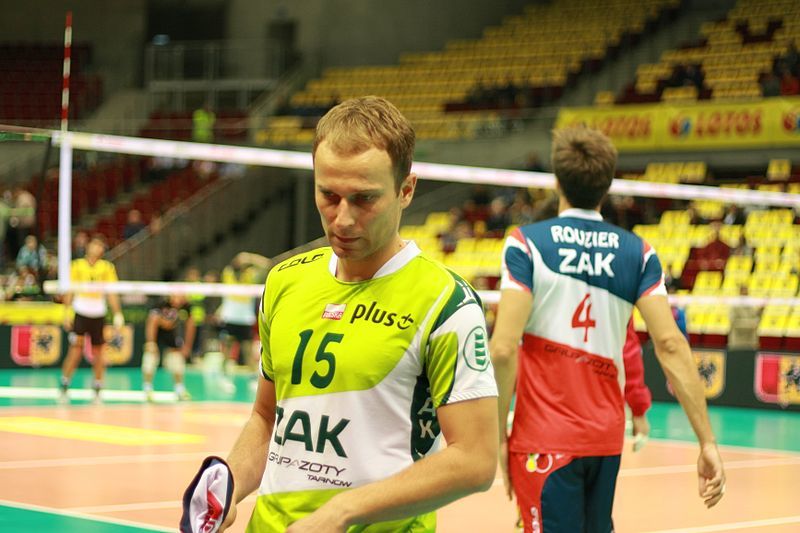 Polish libero Piotr Gacek has announced that an April 13th game against Cerrad Czarni Radom will be his last game of professional volleyball. The 38-year old plays for Lotos Trefl Gdansk in Poland’s top-tier PlusLiga.

Gacek was a significant influencer of the role of libero in his country during its formative years, only introduced at most levels in 2000. He played on the Polish National Team primarily from 2005-2010, including on the country’s 2006 World Championships silver medal team and 2009 European Championship team. He was also a part of “B” teams sent to lower-level tournaments like the 2015 World Cup. In total, he has 114 international caps for Poland.

He’s managed to remain in Poland for his entire professional carer, and in total has won 6 Polish Cups and 2 Polish Championships. Individually, he’s been named the best receiver or defender of the Polish Cup on 4 occasions, most recently in 2015, and in 2006 was named the Best Libero of the Polish Championship. This season, he ranks statistically as the league’s 11th-best libero.

“I thought it was the right time,” Gacek said. “I always played for the highest goals, a strong club with big ambitions and that’s also where I want to play my last game. I am glad that I could be in Gdansk. This city has become my second home, I achieved her the final successes of my career. I want a dignified goodbye to fans in Gdansk, who for several years fought for every point.”

The game against Cerrad Czarni Radom will be his 420th league game, and the teams will be competing for 7th place in the PlusLiga. In honor of his final game, ticket prices for the season finale have been halved by his club, in hopes of approaching the capacity of the 11,000-seat Ergo Arena for a farewell to a hero of Polish volleyball.