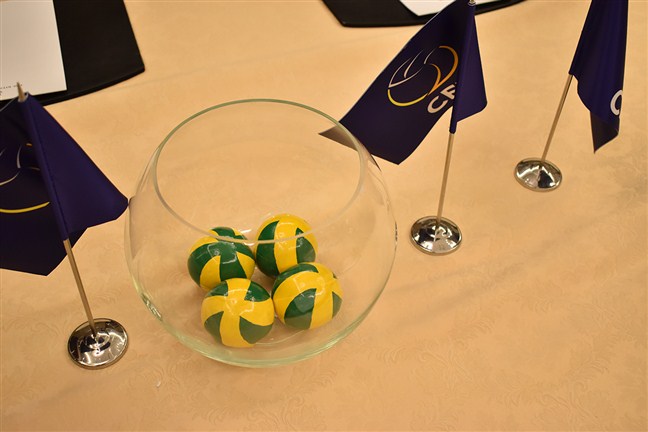 The Drawing of Lots for the 2018 CEV U17 Women's Volleyball European Championships has taken place in Sofia, Bulgaria where the competition is set to be held. Current Photo via CEV

The Drawing of Lots for the 2018 CEV U17 Volleyball Women’s European Championships has taken place in Sofia, Bulgaria where the competition is set to be held. The tournament will take place from April 13 to 21 and has divided 12 national teams into 2 pools of 6.

Along with Bulgaria as the hosts of the event, the competition is set to feature the 8 pools winners from the 2nd round qualifiers that took place in January along with the top-3 2nd place teams from the same tournament. The teams include:

The pools will then be divided as follows:

You can see each team’s preliminary round schedule here.

Many of the teams that are competing took part in the inaugural U16 competition last season where Italy took the gold medal, while Russia and Bulgaria rounded out the podium.