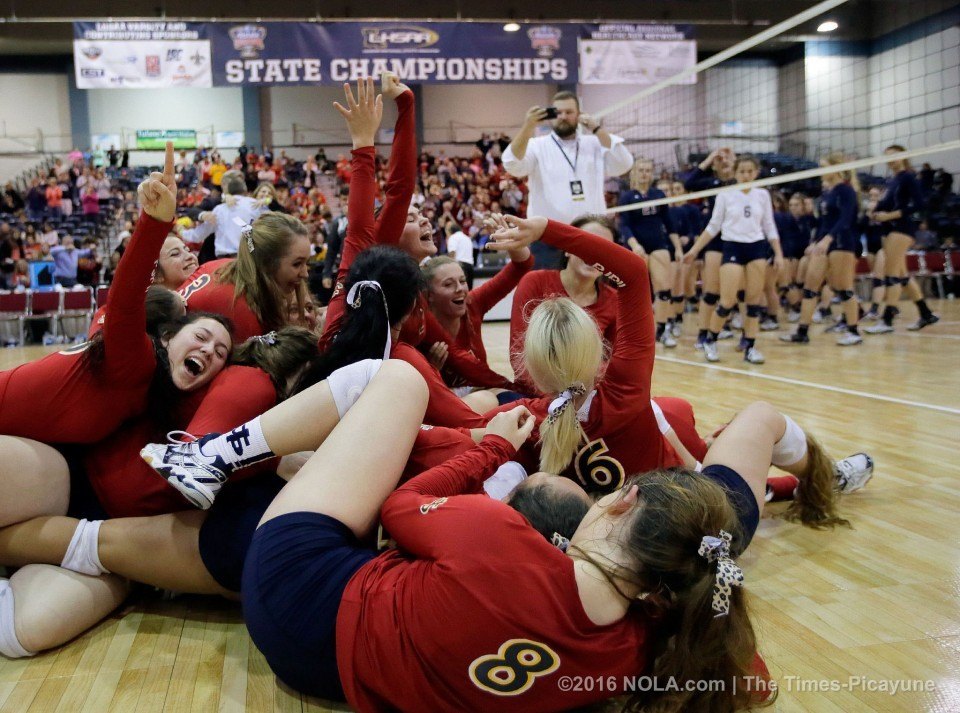 Leading Country Day’s offense was Alex Smith with 19 kills, Kelsey Dinvaut with 13, while Kaci Chairs and Kenadi Maupin each added nine. In the back court, Leigh Mahar picked up 30 digs. Jenna Ibieta topped off an impressive career with 50 assists in the championship match and 15 digs for a double-double. Ibieta was also named as the match MVP.

Ibieta who ended her career with more than 5,000 assists, is a Tulane signee.

For Ascension, Addie Vidrine put down 16 kills while Ashlee Sandridge added 13. In the back row, Hannah Mattke picked up 31 digs and Alaina Hardy added 20.

Milayne Danna dished out 47 assists in the match for Pope John Paul II, while Division IV MVP Ansley Tullis put down 23 kills and 18 digs for a double-double, while Camille Dedeaux added 19. Kendall Batistella picked up 20 digs.

To lead Hannan was Mikayla Boyer with 17 kills 15 digs, while Hailey Cabeceiras added 13 kills and 18 digs for double-doubles.

Leading Assumption was Hannah Brister with 29 kills and 13 digs for a double-double, while Camille Landry picked up 12 digs.

Having a dominate match was sophomore Ellie Holzman who recorded a triple-double with 26 kills, 26 digs and 12 blocks – named as MVP for Mount Carmel.