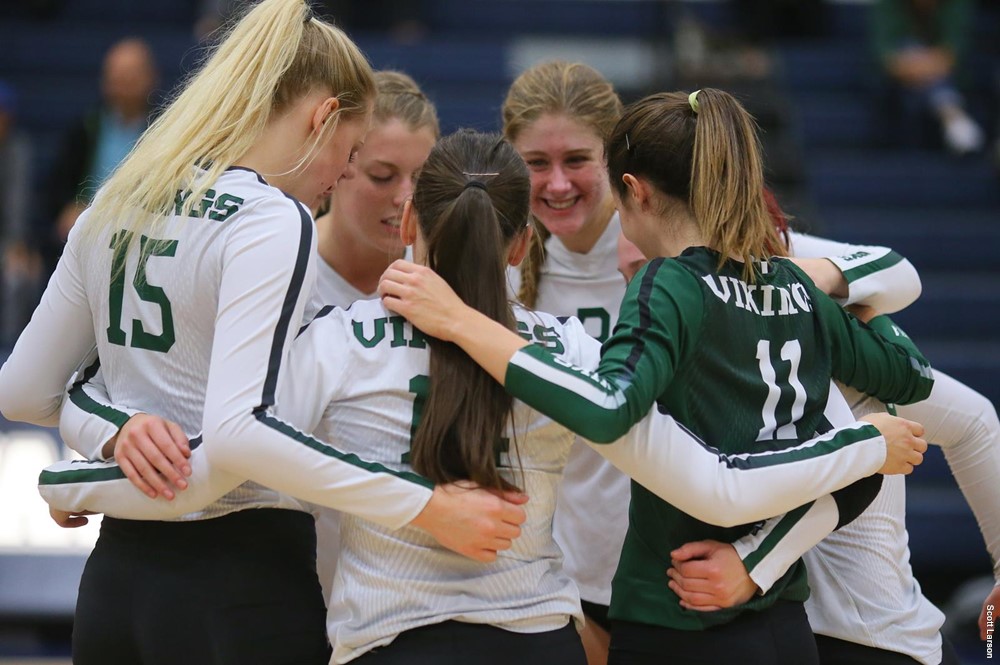 Portland State is bringing on a transfer setter for 2018 in Mary Jo McBride. Archive Photo via Scott Larson/Portland State Athletics

Portland State is tacking on a setter to their roster from the transfer market as they have hauled in former Long Beach State product Mary Jo McBride. A junior-to-be in the fall of 2018, McBride will have two years left of play and be immediately eligible for the Vikings.

A 5’10” native of Paradise Valley, Arizona, McBride went the junior college route after her prep career at Chaparral High School. In 2016 as a true freshman she attended Long Beach City College and appeared in 23 matches as the starting setter and team captain. She went on to log 11.63 assists per set on a different Vikings team that went 19-5 and made the playoffs to go with 139 digs and 52 kills (on a .373 mark).

That led to her being named first-team All South Coast Conference and an opportunity at Long Beach State last season as a true sophomore. However, she appeared in just one set with the team due to illness and is now resetting at Portland State.

“Mary Jo will bring and intense competitive attitude, and experience to our setting position this fall,” Portland State head coach Michael Seemann said in the team’s release of the addition. “We are so pleased to have Mary Jo join our program and anticipate her making an impact on our offense immediately. She is hungry to impact a program, and ultimately win matches. She has speed, can defend, and has an accurate, reliable serve. She can deliver the ball accurately from just about anywhere on the court.”

The Vikings return one other setter to the roster in 2018 in sophomore Maddy Reeb. They will hope the combination of her and McBride can replace last year’s starting setter Erin Clark, who averaged 11.29 assists per set as a senior.

Portland State is coming off of a 21-9 season in which they went 11-5 as a member of the Big Sky Conference, where they made the postseason tournament semifinals.