Princeton Rolls Straight Through Coker Before Heading On Road Stint 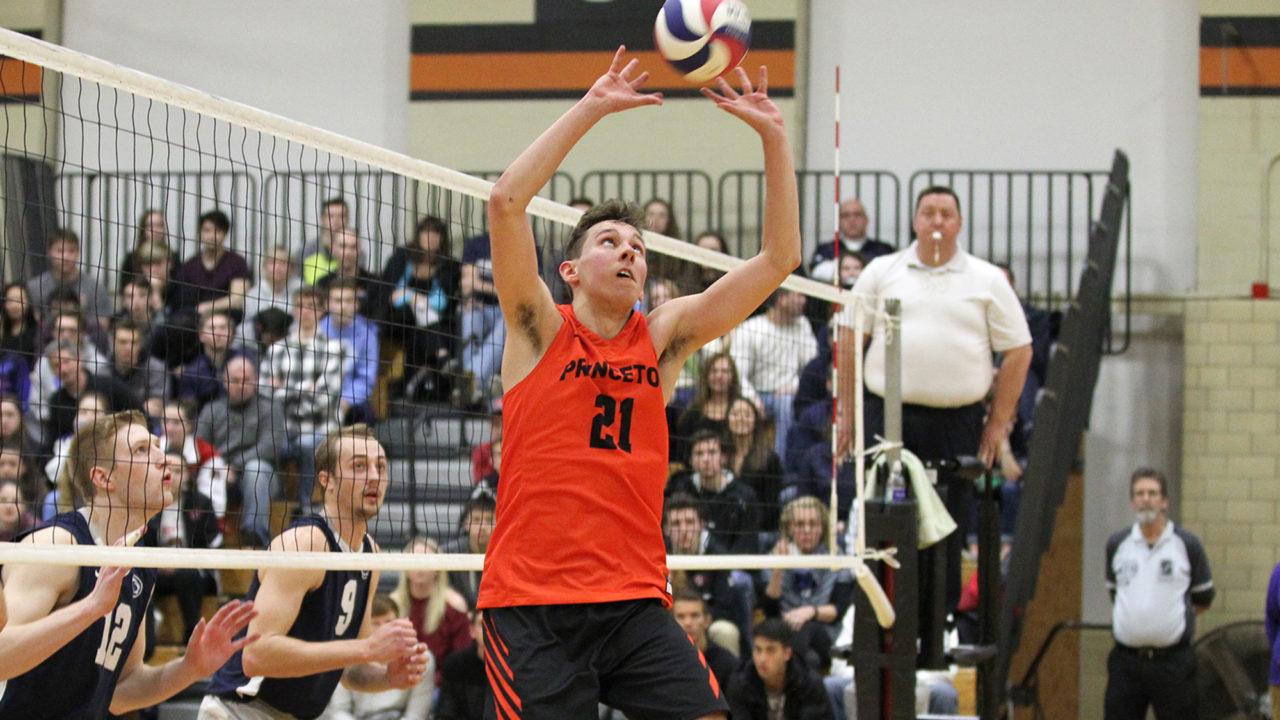 One night after suffering a tough 3-0 loss at NJIT, the Princeton men’s volleyball team found its footing before a critical six-match road trip. Strong hitting performances from the freshman duo of Parker Dixon and Greg Luck pushed the Tigers to a 25-15, 25-20, 25-21 home win over Coker College Saturday night in Dillon Gym.

Princeton (9-8) hit .329 for the match — including a perfect 5-for-5 performance from EIVA efficiency leader Junior Oboh — and controlled play throughout most of the match for the win. While both Dixon and Luck had 11 kills apiece, junior Kendall Ratter showed signs of his early-season brilliance in the final set with six kills and a .625 hitting percentage.

Head coach Sam Shweisky was able to use both Jonah May (12 assists) and Shane Gooding (17) to guide the offense, while the defensive effort was balanced throughout the team; seven different Tigers had between two and four digs in the win.

Princeton will be off for mid-terms this week, and then will travel over spring break for matches against both #3 BYU and Grand Canyon, the top team receiving votes outside the Top 15. Following those three (the Tigers play Grand Canyon twice), they will face a crucial three-match road trip at Penn State, Saint Francis and George Mason during the final stretch of EIVA play.

Joao Victor Santos led the offensive attack for the Navy and Gold with a team-best nine kills. In addition, Jackson Gilbert contributed seven kills and Jackson Gilbert dished out 21 assists for the Cobras. On the defensive end of the ball, Coker received a notable performance from Devion Whetstone, who collected five total blocks.

The Cobras will return to the friendly confines of the DeLoach Center on Tuesday (Mar. 14) when they host NJIT. First serve is set for 6 p.m. Tickets for the game are $5 for adults, $3 for students and free to all Coker faculty, staff and students.