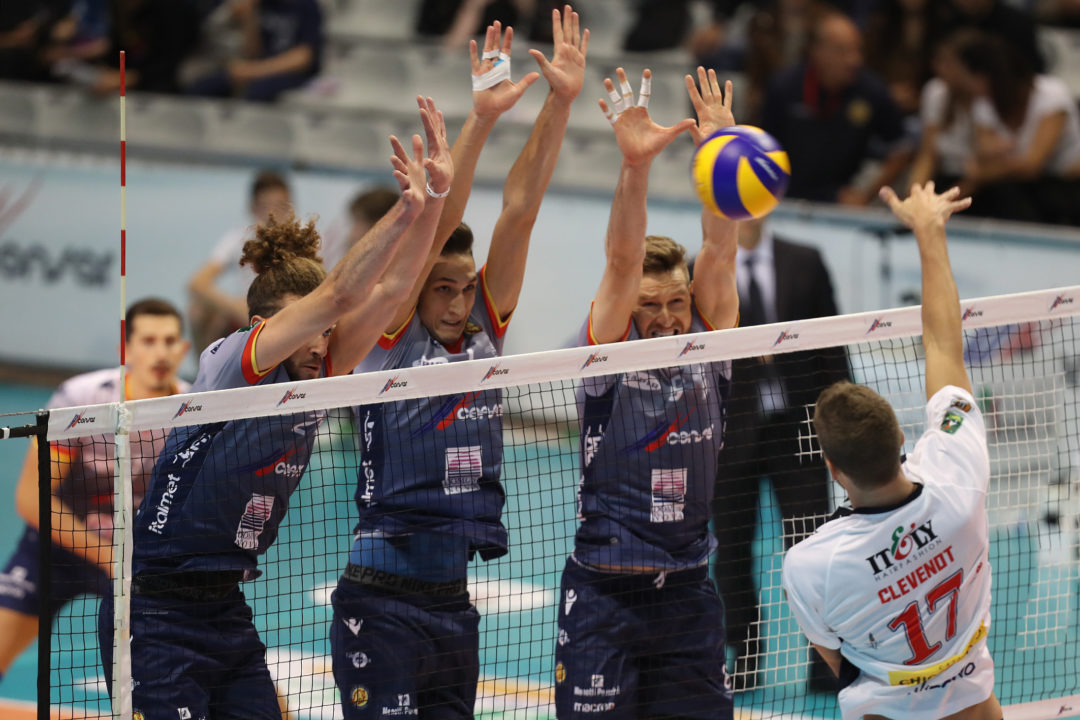 Last season Nimir Abdel-Aziz averaged 5.70 points per set in a season cut short by injury for Milan. On Saturday he was held to just 6 points in an entire match as Ravenna picked up an emphatic sweep over Andrea Giani and Milan. Abdel-Aziz finished with 4 kills and 2 blocks while only hitting -.045 (18%) on the night. Nobody scored more than 9 points for Milan. Their leading scorer was Stephen Marr, the outside hitter who registered 9 points on 9 kills with a .353 (53%) attack average. Trevor Clevenot contributed 8 points on 7 kills and a block. As with the other pin-hitters for Milan, he struggled with efficiency, only hitting .063 (44%).

Ricardo Sbertoli was only able to set Milan to a .147 (39%) attack average. Jan Kozamnerik scored 5 points in the middle from 2 kills, 2 blocks and 1 service ace. Elia Bossi, the other middle blocker, chipped in 7 points on 6 kills and a block. Milan was at a deficit in service aces (1 to 11) and blocks (7 to 14).

Davide Saita ran an impressive offense for Ravenna. He set them to a .407 (54%) attack average. Saita also got at least 9 points from all but 1 of the attackers in the lineup. Kamil Rychlicki led the way with 18 points on 15 kills and 3 aces with a .385 (58%) hitting percentage. Cristian Poglajen scored 9 points on 3 kills, 4 aces, and 2 blocks. The other outside hitter, Giacomo Raffaelli, put in 7 points from 4 kills, 2 blocks, and 1 ace.

While the top 4 teams in Italian volleyball seem to be on another echelon quality, Ravenna made a statement with such an emphatic sweep. Their ball control was impeccable; Riccardo Goi had 70% of his receptions rated as positive and 50% rated as perfect. They had the luxury of not having many of their players gone at the FIVB World Championships, so it will be worth watching to see if they can capitalize on a hot start.