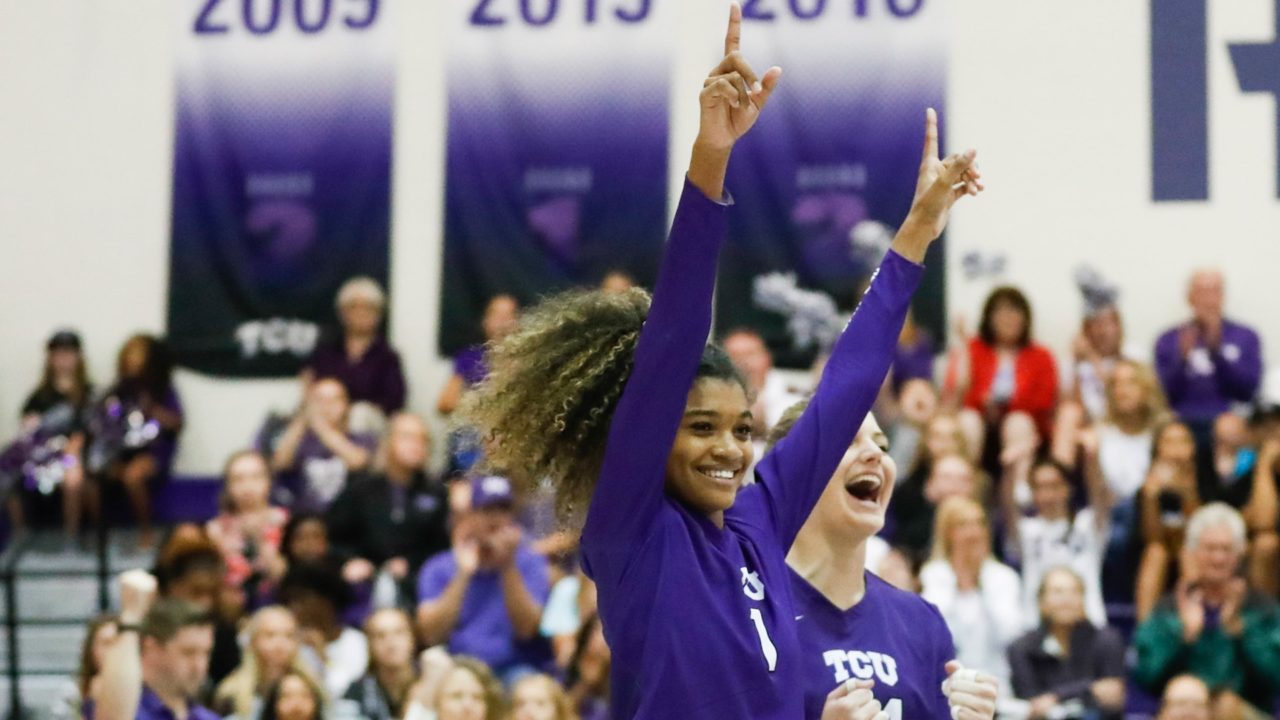 Freshman outside hitter élan McCall missed her second straight match for TCU as the team fell to Iowa State on the road via sweep on Saturday.  Current Photo via TCU Athletics

Freshman outside hitter élan McCall missed her second straight match for TCU as the team fell to Iowa State on the road via sweep on Saturday.

McCall, who has been picked for four of the seven Big 12 Rookie of the Week nods, had notched double-digit kills in all 16 of the team’s previous matches in 2018, including a 21-kill, 17-dig outing in the Frog’s win over Texas Tech last Saturday.

McCall has racked up 298 kills (5.05 per set), including 20 or more in seven matches and 31 in a four-set loss at Colorado State. Her 298 kills coming into the week accounted for 36 percent of the team’s offensive output (829 overall kills).

TCU has had an up and down season thus far. The Frogs started the season 4-0, then dropped its next three matches. The team rebounded with five wins in a row, including a sweep in the Big 12 opener vs. Oklahoma, but has dropped four of the last six. The Frogs did take No. 4 Texas to the brink in a five-set loss in Fort Worth on Oct. 3.

Next up on the schedule is a Thursday contest with West Virginia. The team then has a week off before facing Baylor in a rematch in Fort Worth on Oct. 24.