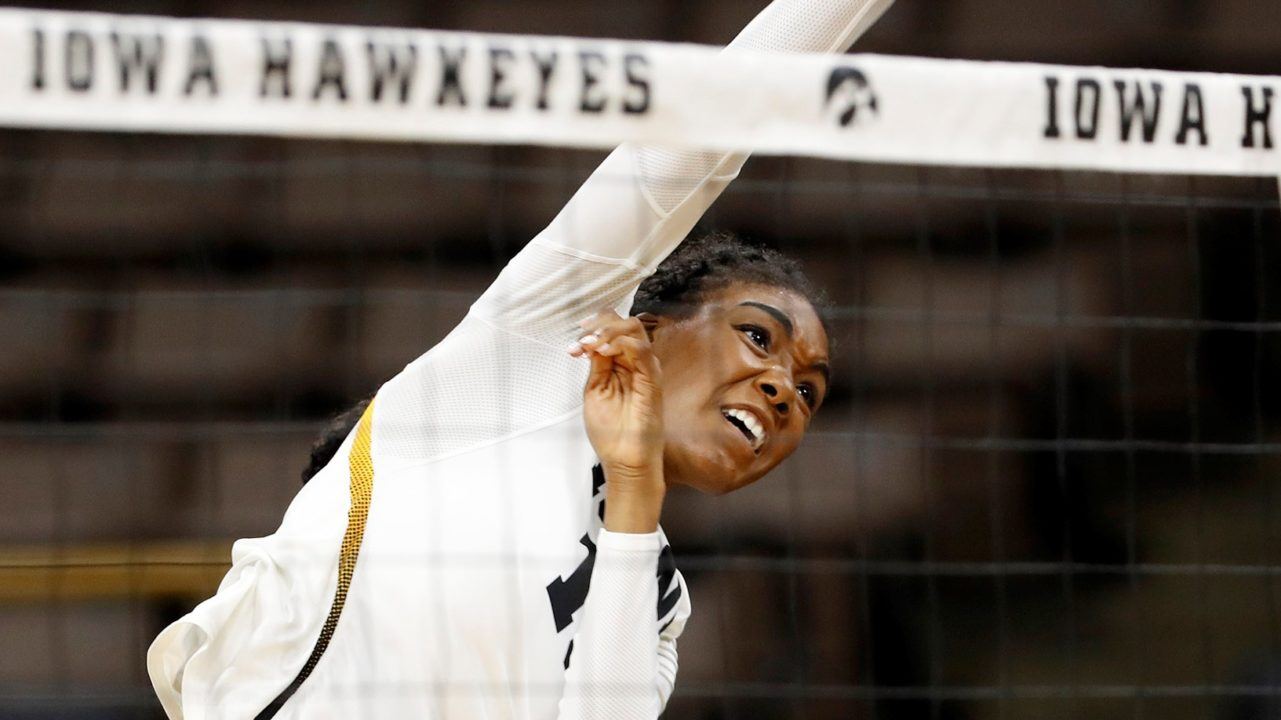 Taylor Louis of Iowa has more career kills than anyone returning to D-I women's NCAA volleyball in 2018. Archive Photo via Iowa Athletics

The 2018 women’s volleyball season is just about a month and a half away from beginning. As we move closer to its start, how about getting familiar with some more experienced names who are progressing to either junior or (most often) senior seasons and have compiled a heaping of statistics to this point. Below we give you the top five returners to the collegiate game in terms of active stat leaders for a myriad of categories.

Note: All stats and top career leaders are derived from stats.ncaa.org/active_career_leaders

In terms of kills, the top 18 from last year were all seniors. That leaves Taylor Louis from Iowa with the most career kills of any active player in the game. Additionally, of the new top 5, all are seniors – as would be the list if it were extended to 10 and even beyond.

Middle blockers reign supreme – as expected – in this category, led by Rachel Anderson of Western Kentucky. In fact, all five are middles with the top two also being seniors. Beyond that, Stone and Hillyer are the first players who will be juniors as opposed to seniors in 2018.

A couple of Big Ten setters pop up on this list in what should be quite the race for setters in the conference. FGCU looks to have a high-powered attack with Rick and Carroll (above) as well, as once again all five on the list are seniors-to-be for the fall.

There must have been something in the water a few years back when a trio of Missouri Valley liberos stepped on the court, because they made early impacts and now look to be some of the best and most experienced in the country. In fact, they spot three of the top four in career active digs, with all likely to reach the 2,000 dig club – although Pence is already there.

Illinois will have an experienced team, so it’s no wonder why they put a few players on these top fives. Bastianelli is the latest as their sultan of swat. Munlyn is also the first to appear twice on this list, as she combines her career blocking prowess with her hitting efficiency.