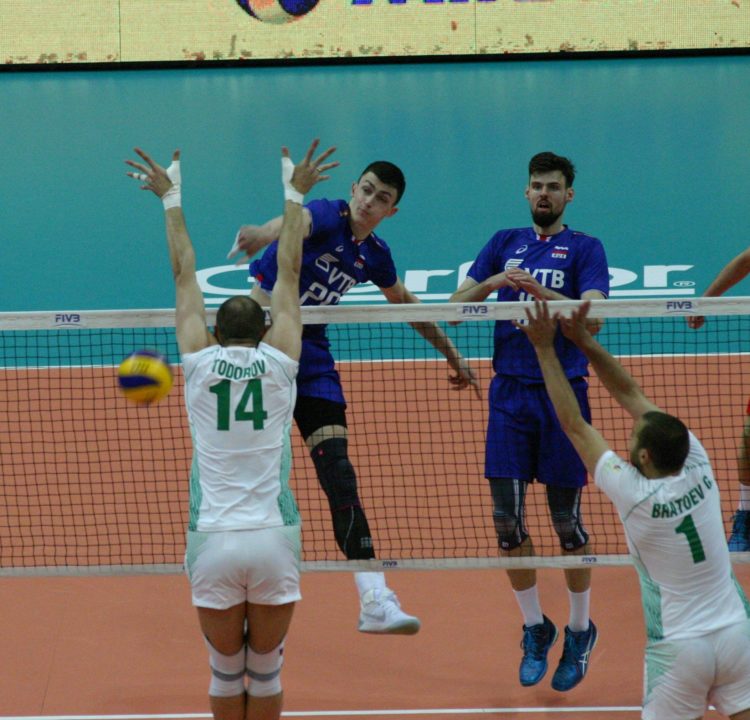 Russia took down Bulgaria in a friendly to help prepare both teams for the Volleyball Nations League next week. Archive Photo via FIVB

In preparation of the Volleyball Nations League that begins on May 25 for the men’s side, Russia and Bulgaria – who are both a part of the action – faced off in an international friendly. The match went Russia‘s way, as they won three out of four of the sets of play.

The match took place in the Moscow Palace of Dynamo. Russia took the first three sets, technically earning a sweep of 25-14, 27-25, 25-20. However, since the friendly was preparation for what is ahead, the sides agreed to play a fourth set that the Bulgarian side won, 25-22.

It won’t be the last time that Russia and Bulgaria square up either, with a second exhibition coming today between the two sides. Then, the clubs are scheduled to play as part of the Nations League on June 3 in the second week.

The meeting between the two countries has become a bit of a rivalry, although this was of the exhibition style. The pair of nations last met in an official international competition during the 2017 FIVB World League, when Bulgaria earned a 3-2 victory.

The two teams’ rosters for the upcoming Volleyball Nations League according to Wikipedia are below: