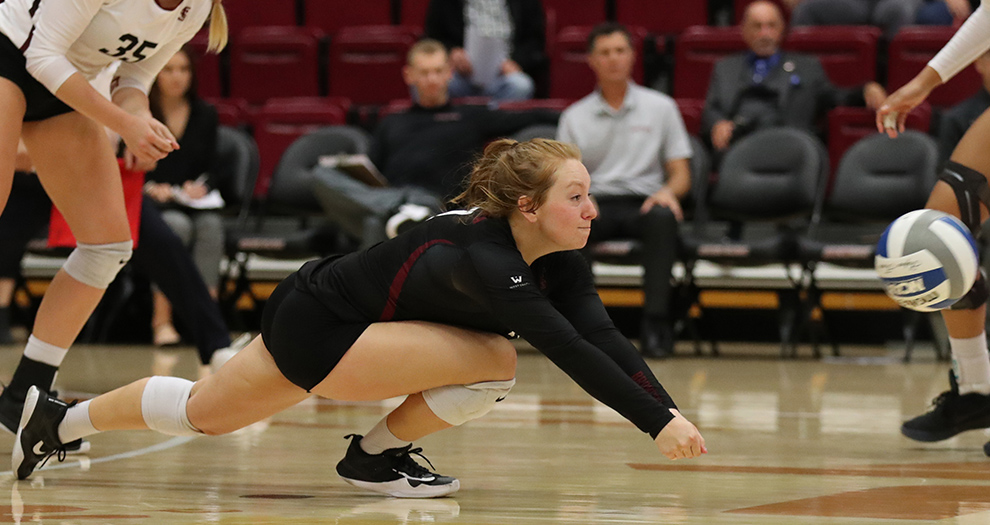 Former Santa Clara defensive specialist/libero Taylor Laugero is headed to the University of Utah via transfer. Laugero will be a junior for the fall of 2018 season with two years left of play. She is also set to be immediately eligible.

Her presence was felt when she was and was not on the court too, as Santa Clara was 10-6 with her and 5-9 without her last season. In total they went 15-15 (8-10 WCC) and are left with three defensive specialists/liberos from 2017 in the fold to return.

For Utah, the roster move gives them a second player at the position group to pair with fellow junior and starting libero Brianna Doehrmann – plus any fall newcomers, of course.

“Taylor is a talented player that will add depth to our libero position, as well as great experience to the defensive side of the game for the Utes,” Utah head coach Beth Launiere said in the team’s release of the addition. “She is a tremendous athlete, passer and defender. Taylor has played at a high level for two years at Santa Clara and we believe she will be an integral part our team this season. We could not be more excited about Taylor joining the Utah volleyball program.”

The move also represents the first transfer addition for Utah in the 2018 off-season. Beforehand, they had been the team negatively hit by the transfer market with three losses in outside hitter Shannon Scully (Pepperdine), setter Delaney Taylor (San Diego State) and outside hitter Torre Glasker (UC Santa Barbara).