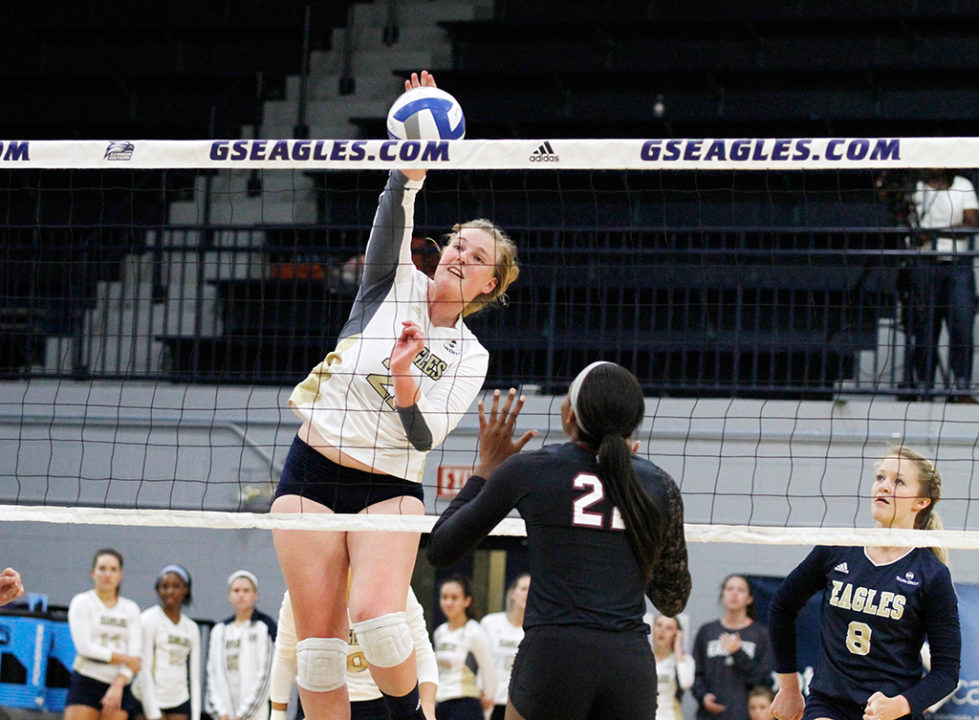 MUC Riverside has landed junior college transfer Reilly Bosworth for 2018. Bosworth, who was at Georgia Southern and Mira Costa College for a year each, will be a junior in the fall with two years left of play and will be immediately eligible.

A 6’1″ middle blocker from Escondido, California, Bosworth prepped at Sam Pasqual High School and played with Wave Volleyball Club. That vaulted her into a spot with the Georgia Southern volleyball team in 2016, where she saw plenty of early playing time. In total for her 33 matches and 126 sets, she recorded 103 kills (0.82 per set) on a .184 mark, 71 blocks (0.56 per set) and seven digs.

However, Bosworth then decided to transfer out of the program and attend a junior college to reset her recruiting process for 2018 – which now ended in picking UC Riverside, which is closer to her hometown than her initial division one college pick.

UC Riverside finished the 2017 season at 10-18 overall and 2-14 in the Big West. Bosworth will look to push the team to a higher win total in 2018, as she joins two other middle blockers on their upcoming roster – plus any other summer or fall additions.