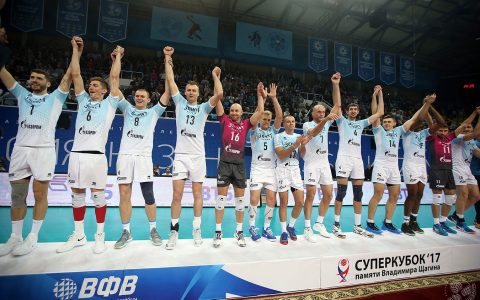 The Russian Cup is a bit more involved than most domestic cup competitions throughout Europe. While most country’s domestic cups are traditional knock-out affairs similar to the CEV Cup (though many do not have a home-and-away format), the Russian Cup more closely resembles the FIVB World Championships in the way teams compete in multiple rounds of pool play before reaching a Final Four. The Preliminary Round took place over a two six-day spans from September 18-23 and October 2-7.

There were 23 teams entered in the competition. The tournament team was comprised of all of the teams in the Super League and nine teams from the Major League A. The teams were broken into four groups. The first three groups had six teams in them. The fourth group had only five teams. Each of the teams played each other twice. The top three teams from each pool qualified to the semifinal stage along with the best-finishing fourth-placed team.

It is important to note that Zenit Kazan and Dynamo Moscow automatically qualified for the semifinal stage because they had so many players taking part in the FIVB World Championships with the Russian National Team. Regardless of that assurance, both teams finished high enough in their respective pools to qualify.

Of the 13 teams advancing out of the Preliminary Round, 12 of them will take part in the semifinal stage. One team will get a pass to the Final Four as the host. The other 12 teams will be broken up into quartets. Each team will play each other in a single round robin format from November 1-4. The winner of each of those pools will reach the Final Four.