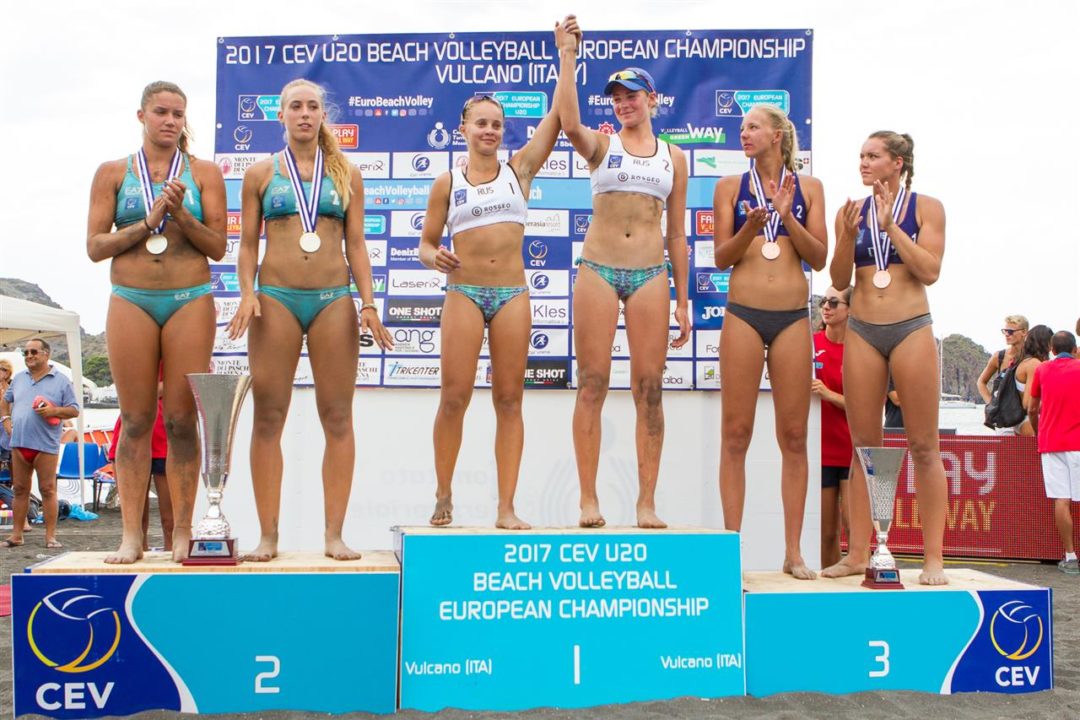 Russia's Mariia Bocharova and Maria Voronina took the 2017 CEV U20 Beach Volleyball European Championships away from Italian's Reka Orsi Toth and Chiara They in three sets. Current Photo via CEV

“Honestly, it was mentally not easy to play Italy in the gold medal game. When we won the U18 Beach European Championships in Kazan, we had the crowd backing us – they inspired us. Here in Vulcano, it was the other way around,” said Bocharova.

The pair started off the match a little shaking, dropping the opening set 19-21, but made a tremendous comeback in the second to take down the Italians 21-9, forcing a third and deciding set. The final set of the championship featured a tight race to see who would claim the prize, with the Russian overcoming the first set comeback to win 15-13.

The Russian pair is just the second in the Beach Volleyball history to win both events for the women after Poland’s Jagoda Gruszczynska and Katarzyna Kociolek accomplished the same feat in 2012. Now, Russia has made history as they have claimed all Under Age men’s and women’s gold medals at stake in 2017.

Winning the bronze medal was the Netherland’s Memime van Driel and Katja Stam who took down Italy’s Dalila Varrassi/Carolina Ferraris 2-0, (21-14, 21-16).