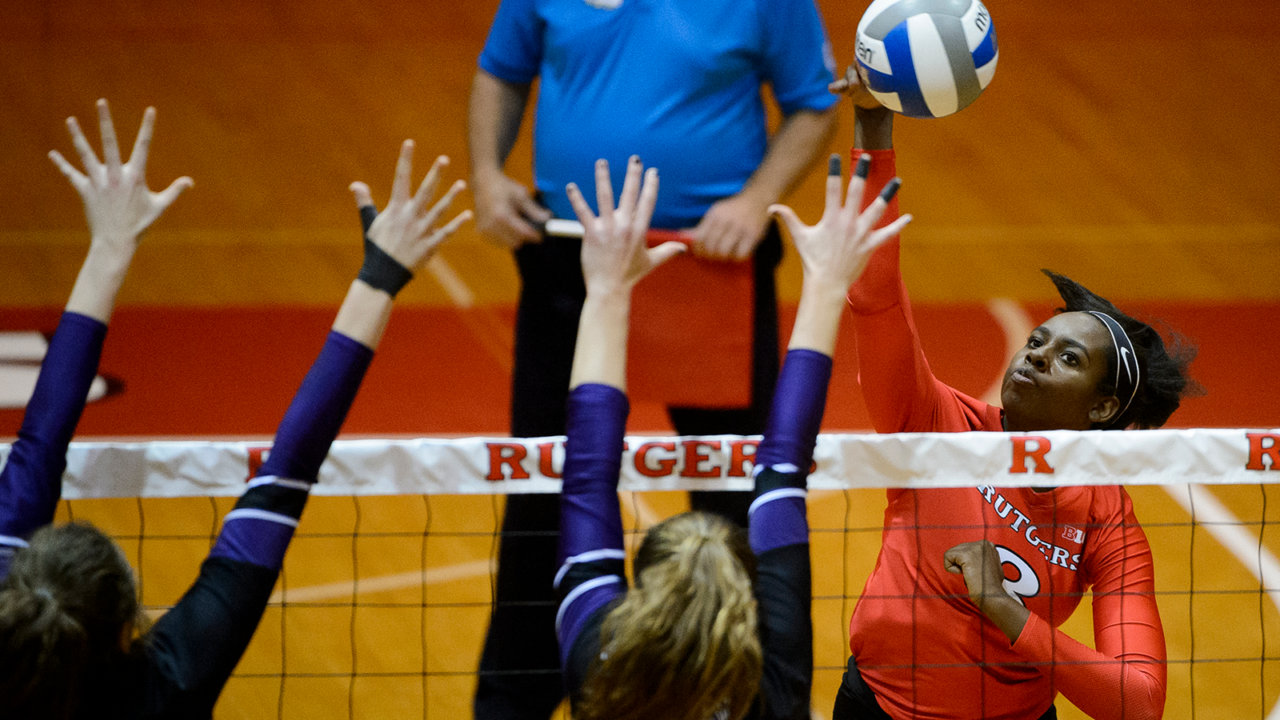 After a 29-win season, North Texas is bringing on Jillian Duffin, a transfer from Rutgers. Archive Photo via Rutgers Athletics/Volleyball

After two seasons at Rutgers University, Jillian Duffin is headed to North Texas to join the women’s indoor volleyball team for 2018. A junior-to-be in the fall, Duffin will have two years left of play and is set to be immediately eligible.

The loss leaves Rutgers, who went 5-27 last season and 0-20 in the Big Ten, with four outside hitters currently on their 2018 roster.

A 6’1″ outside hitter, Duffin started in 22 of her 27 appearances right away as a freshman in 2016 and totaled 99 kills and 32 blocks. Then, as a sophomore in 2017, she appeared in 19 sets over six matches, although in the limited time did post a career-high in kills (13) against Penn and Robert Morris early in the non-conference slate.

“Jill will have a great opportunity to come in and play right away and provide that experience,” North Texas head coach Andrew Palileo said in the team’s release of the signing. “She’s coming in prepared and with a new mentality.”

Prior to her time in the northeast, Duffin spent time with Boyd High School in McKinney, Texas for her prep career. She was a three-year letterwinner and a multi-time all-district selection.

“We were one of her final schools coming out of high school, so we know Jill’s game and are familiar with what she’ll be able to bring to the table,” Palileo added in the release. “She brings experience to our team, which we’ll need.”

North Texas finished 2017 with a 29-4 record and a 13-1 mark in the Conference USA, as they advanced on to the NIVC Tournament where they earned a postseason victory. The move gives the Mean Green four outside hitters on their current 2018 roster.