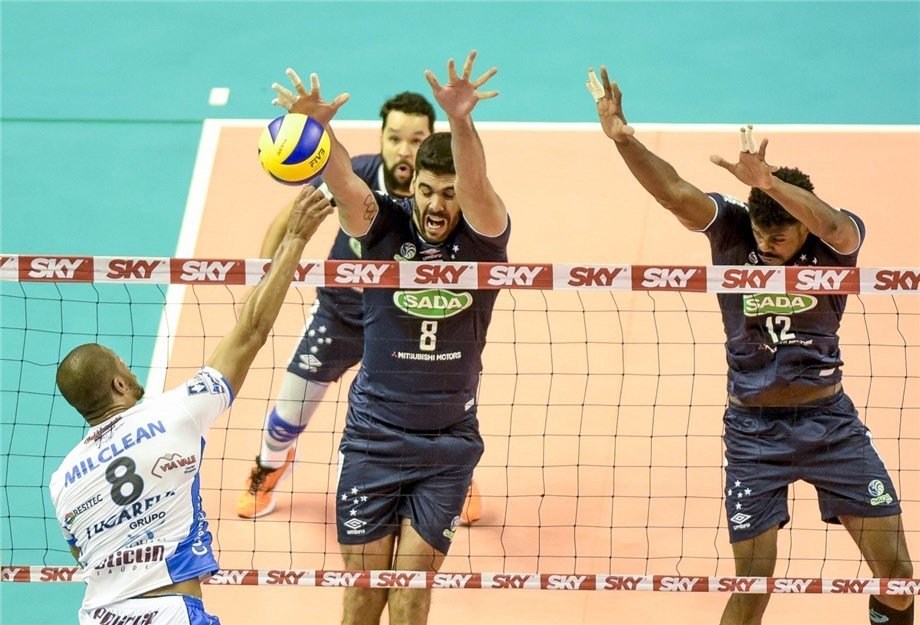 Sada Cruzeiro has been a dominant force in the Brazilian men’s Superleague over the past four seasons, taking their fourth... Current Photo via FIVB

Sada Cruzeiro has been a dominant force in the Brazilian men’s Superleague over the past four seasons, taking their fourth consecutive title and fifth overall title with a four-set win over Funvic Taubate.

Sada held control in the first two sets to take a 2-0 match lead, but Taubate was able to take a set off Sada with a 25-18 third set win. Sada came out strong in the final set to take the match and championship.

Earning the MVP honor and being the top-scorer of the match was Evandro Guerra for Sada with 19 points. Also contributing were Simon Robertlandy and Isac Santos with 12 points each while Filipe Ferraz added another 11 points.

For Taubate, Wallace Souza was the team’s top-scorer with 18 points.

Only one other Brazilian men’s club holds more Superleague titles than Sada in Minas Tenis Clube of Belo Horizonte with seven titles.

With the conclusion of the Brazilian Superleague, Sada now has their sights set on earning their fourth world trophy, when they go out to defend their title at the 2017 FIVB Club World Championships that will be held in Poland in December.