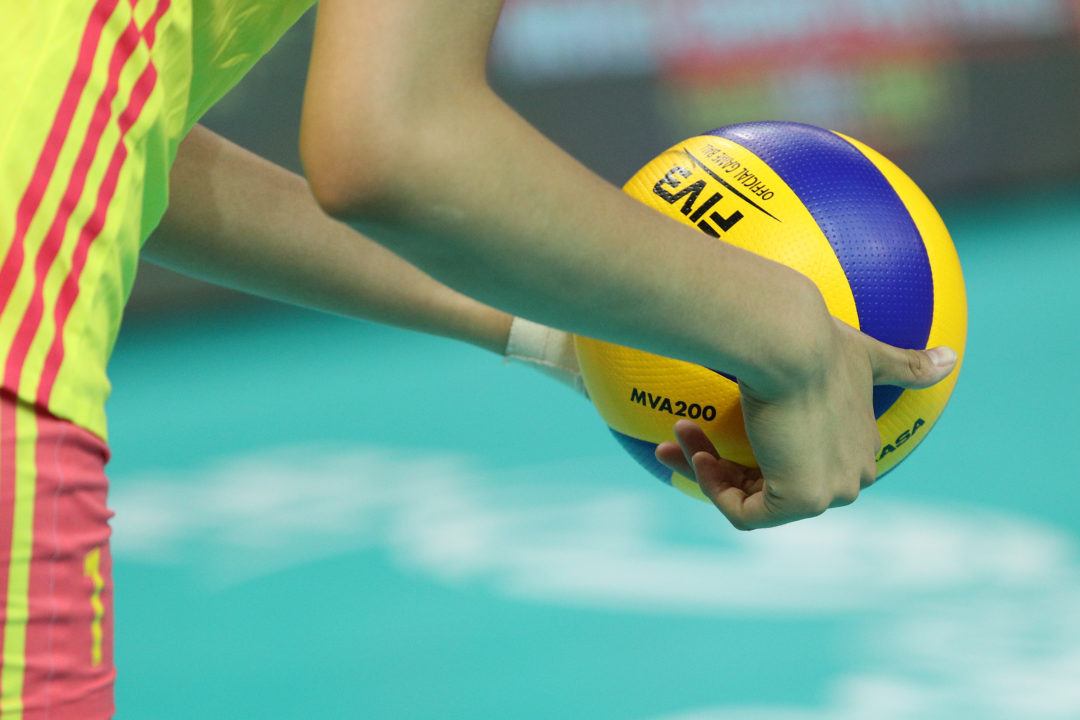 Saint Francis opens up Northeast Conference play this Friday night as they welcome in Robert Morris for a 7 p.m. first serve inside DeGol Arena.  Current Photo via FIVB

LORETTO, PA- Saint Francis opens up Northeast Conference play this Friday night as they welcome in Robert Morris for a 7 p.m. first serve inside DeGol Arena.

ABOUT THE RED FLASH
Saint Francis enters the weekend at 6-7 on the season, fresh off a 2-1 weekend at their own Red Flash Classic. SFU defeated Bucknell and Norfolk State in three sets before falling to Morehead State in four sets. After another big weekend offensively (41 kills in three matches), Kelsey Roush (Johnstown, Pa./Richland) leads the Northeast Conference in kills per set at 4.05. She is the only NEC player over four kills per set and its a mark that is 51st in the nation. Her fellow senior and outside hitter Emily Marcinowski(Strongsville, Ohio/Padua Franciscan) is right on her heels, she had 38 kills over the three matches last weekend and was named All-Tournament, she averages 3.29 kills per set. Defensively, the Red Flash are led by Jenna Veres (Independence, Ohio/Padua Franciscan) who leads the NEC and is 17th in the NCAA in digs per set at 5.53. The Red Flash enter the match fourth in the NEC and 78th in the Nation at nearly 16 digs per set.

ABOUT ROBERT MORRIS
The Colonials come into the match at 6-9 on the season and were picked to finish fifth in the NEC, one spot ahead of the Red Flash. They are led by freshman Emma Granger who is the reigning NEC Rookie of the Week. She leads the NEC in serving with .54 aces per set, a mark that is 20th in the nation and is fourth in the nation with 29 aces. She also leads the team with a three kill per set average and hits at a .365 clip. Fellow freshman Alyson Londot is second on the team with 150 kills, the outside hitter averages 2.78 kills per set. Defensively, the Colonials spread the wealth, six players average over two digs per set.

THE FRANKIE CUP
Friday night’s match is a Frankie Cup event for women’s volleyball. The Frankie Cup is a creation of the Student-Athlete Development Office and rewards “cup points” for teams with strong GPAs, community service and attendance at Frankie Cup games and matches. The team with the most “cup points” at the end of the spring season win the inaugural Frankie Cup.

FOLLOW ALONG
If you can’t make the match, you can watch on NEC Front Row with Matt Popelka on the call. You can also follow along on live stats, both links are at the top of the page and on the volleyball season schedule.

LOOKING AHEAD
The Red Flash stay at home next weekend when they welcome in Fairleigh Dickinson and Sacred Heart for their first two-match weekend of the conference season. The Knights are up first with a 7 p.m. first serve from DeGol Arena next Friday night.