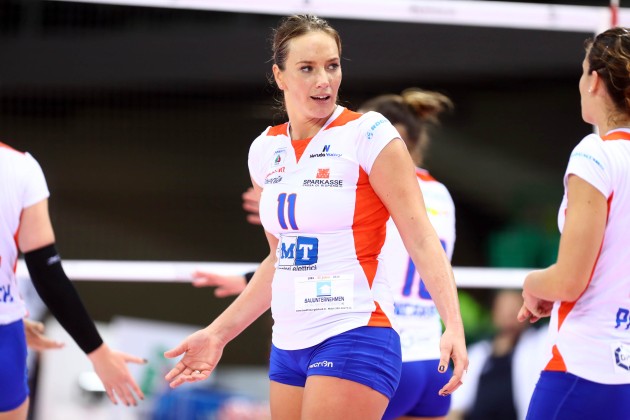 Croatian opposite Sanja Popovic has made the move to Samsun BSB Anaket with a one-year contract.  Current Photo via legavolleyfemminile

Croatian opposite Sanja Popovic has made the move to Samsun BSB Anaket with a one-year contract. Last season, Popovic played with Bolzano in Italy where they were unable to make it out of the first round of the Coppa Italian A1 Women’s tournament. At the tournament, Bolzano fell in two sweeps to a strong Conegliano squad.

In her career, Popovic has played with a number of strong club squads including Sirio Perugia in Italy, Dynamo Moscow in Russia and Budowlani Lodz in Poland. She has made her rounds around the volleyball sphere but now Popovic has made her way back to Turkey after she played with Besiktas during the 2009-10 season. In that season, Besiktas lost their first-round matches to Galatasaray to be eliminated for the season.

Popovic used to be a strong fixture on the Croatian National Team, competing at the 2010 and 2014 World Championships in Japan and Italy, respectively.