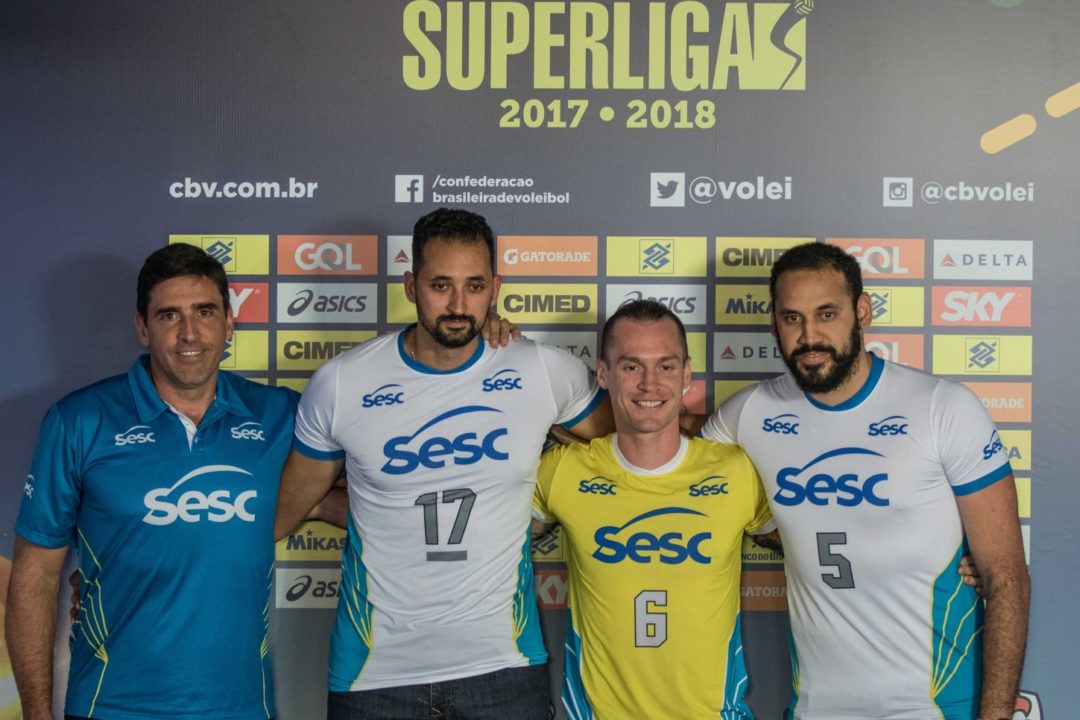 After heavily investing in its roster, SESC/RJ, which was only recently promoted to Superliga, is already making a run for the leader spot in the standings Current Photo via CBV

This week of play saw some elite volleyball action, as Brazil’s top clubs continue to dominate their opponents. Serbian national Marko Ivovic had his second start of the season for Taubaté, as he is all but completely healed from his ankle injury, and showed why the team signed in for so much money. Cuban Yoandy Leal gave us another display of why he is one of the best players in the world, with yet another dominating performance. Most surprisingly, Sesc/RJ is making a run at the top of the standings. Below, you’ll check out all of the week’s action:

Team of the Week: Sesc/RJ

It is not very common from a recently promoted to Superliga team to do this well in its first season of top tier league play. Sesc is not a common team though, as it invested heavily in its roster, and actually brought to its squad a couple of Olympic gold medalists to lead the way. After a surprising first round win against title favorites Taubaté in its Superliga debut, it went on to win all of its games but their match-up against powerhouse Cruzeiro, which they lost in a close tie-break. They now sit on third place on the standings, 5 points away from Cruzeiro, but with two games less still left to play, which means that if Sesc plays its cards right, it could soon become Superliga’s leaders. It already holds the tournament’s best set average at 2.8.

Player of the Week: Leandro Vissoto

Once an elite level player at the world level,  7’0″ outside hitter and former national teamer Leandro Vissoto is Campinas‘ biggest signing for the season, and the team’s hopes rests heavily on his performance. So far, he has not disappointed, as he currently leads Superliga with a 4.75 points per set scoring average, one of the main reasons Campinas is being able to keep up with Superliga leaders and currently occupies 6th place in the standings. This week Vissoto had a masterful performance with 22 points on 20 for 34 (59%) hitting as his team netted a much needed win.