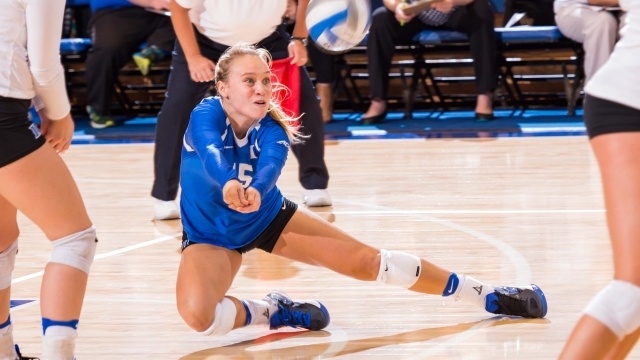 After completing four seasons one the court with Duke, Sasha Karelov is ready to try her hand at beach volleyball.... Current Photo via Duke Athletics

After completing four seasons one the court with Duke, Sasha Karelov is ready to try her hand at beach volleyball. Karelov transfers to Long Beach State, to begin her new collegiate career as a beach volleyball player in the 2017 season.

With the Blue Devils, Karelov took over the back row, picking up every ball she could. In each of her matches over the final three seasons with Duke, Karelov picked up over five digs per set.

In her final season, Karelov was named as the 2016 ACC Defensive Player of the Year, picking up 634 digs for the Blue Devils on a average of 5.42 per set. After a spectacular four seasons, she ended her indoor career with 2,023 digs – ranking her third in Duke history and ninth in ACC history.

Coming out of high school, Karelov was named the #55 Prep Volleyball Senior ace and #1 recruit coming out of North Carolina.

The team begins their season at home, hosting Irvine Valley and CSU Bakersfield on March 4.