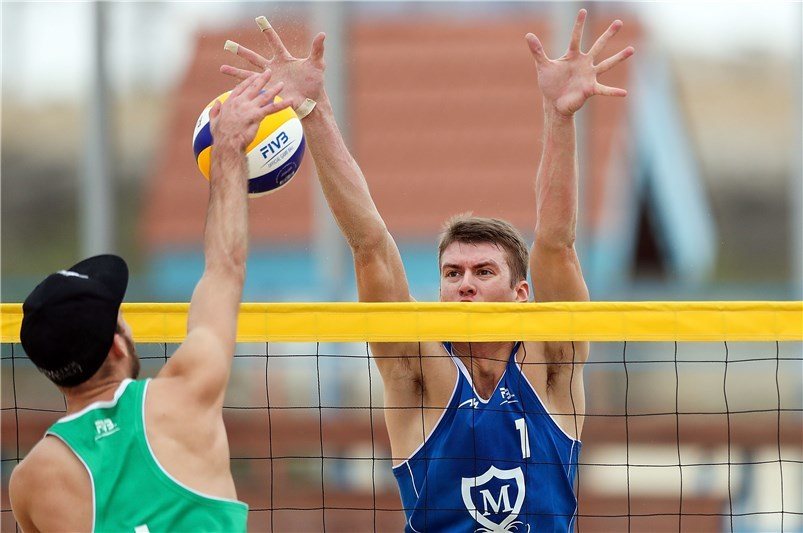 The first ever snow volleyball tournament in Asia took place this past Monday in Iran at the Dizin International Ski... Current Photo via FIVB

The first ever snow volleyball tournament in Asia took place this past Monday in Iran at the Dizin International Ski Resort where Russians Yury Bogatov and Ruslan Daianov managed to grab the win in the inaugural tournament.

Bogatov and Daianov competed against Poland’s Michal Matyja and Piotr Janiak in the semifinals, beating them in straight sets 2-0.

In the second semifinal, Austria’s Daniel Hupfer and Peter Eglseer were up against David and Robert Kufa from the Czech Republic, winning a close game that lasted three sets.

The two Russians faced off against Hupfer and Eglseer in the final, pulling off the win to conclude two days of action.

“We are very excited about the gold medal and the great tournament we played over the last couple of days,” Bogatov and Daianov said after their win. “Snow volleyball is definitely a great game with a bright future ahead.”

Watch the video below for highlights of their win at the snow volleyball tournament in Iran:

Following their win, Daianov and Bogatov took their talents to Kish Island, Iran on Wednesday to compete in one the stops on the FIVB Beach Volleyball world tour: the Kish Island 3-star tournament.

The two Russians lost 2-0 to Germany’s Markys Bockerman and Lars Fluggen on Thursday after advancing to the round of 32.

Following the round of 16, two Russian teams (not including Dainov and Bogatov), a Polish team and a German team are left in the tournament. They’ll compete tomorrow in both the semifinals, finals, and bronze medal matches.

Scheduling and results for the event can be found here.