Scandicci Re-Ups Deal with Isabelle Haak for Next Season 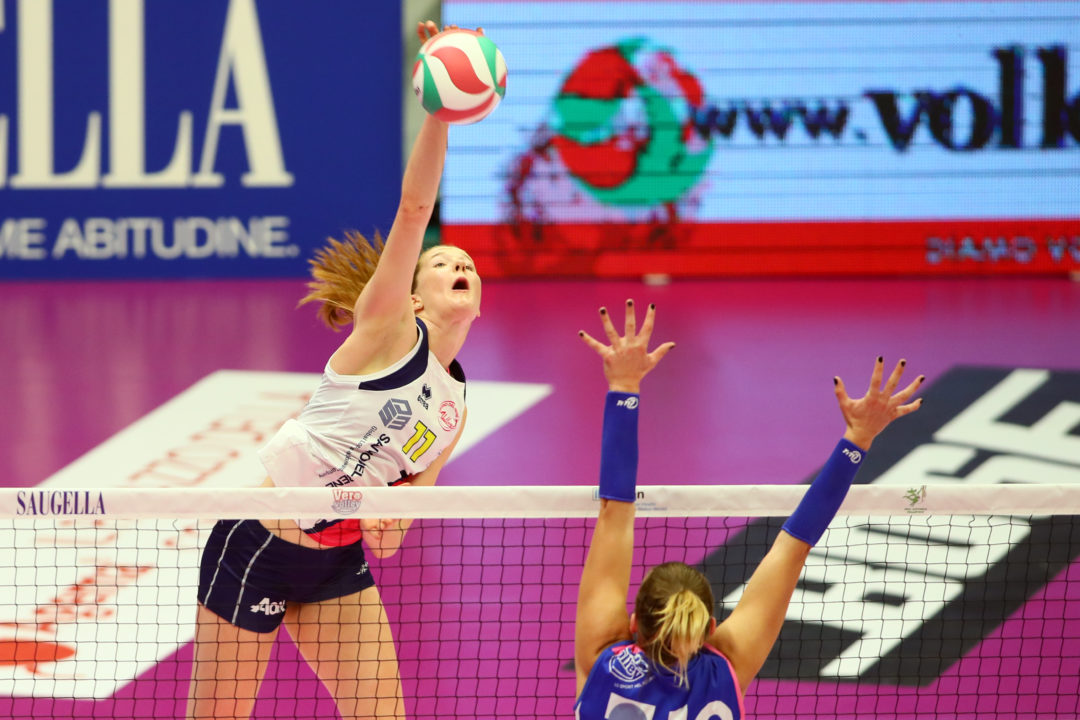 Swedish National Team member and attacker/receiver/opposite Isabelle Haak has been re-signed for the 2018-2019 season with Pallavolo Scandicci. The move keeps Haak with the club for what will be her second season, after she joined back in 2017.

Standing at 6’4″, Haak is just 18 years old. Her first season with Scandicci was quite the success, as she became a force in the Italian League. In fact, she led the Italian’s top League in scoring at her young age with 491 in just 22 matches of action, or 22.3 a match.

Haak began her play in professional club in 2012 with Engelholms VS where she stayed until 2016 and won a pair of championships. Then following 2016 she moved on to Beziers VB. That bridged the gap until 2017 when she arrived at Scandicci.

On the national team level, Haak has been with the Swedish National Team dating back to 2014. She earned a pair of gold medals with the junior team at the 2014 and 2015 U19 NEVZA Championshp.

Pallavolo Scandicci was founded in 2012 and reached Serie A1 in 2014. This past season with Haak leading the charge, the club finished in second place during the regular season – although they posted the most regular season wins (18). However, they failed to find that same success in the postseason and were swept in the semifinals against Conegliano.