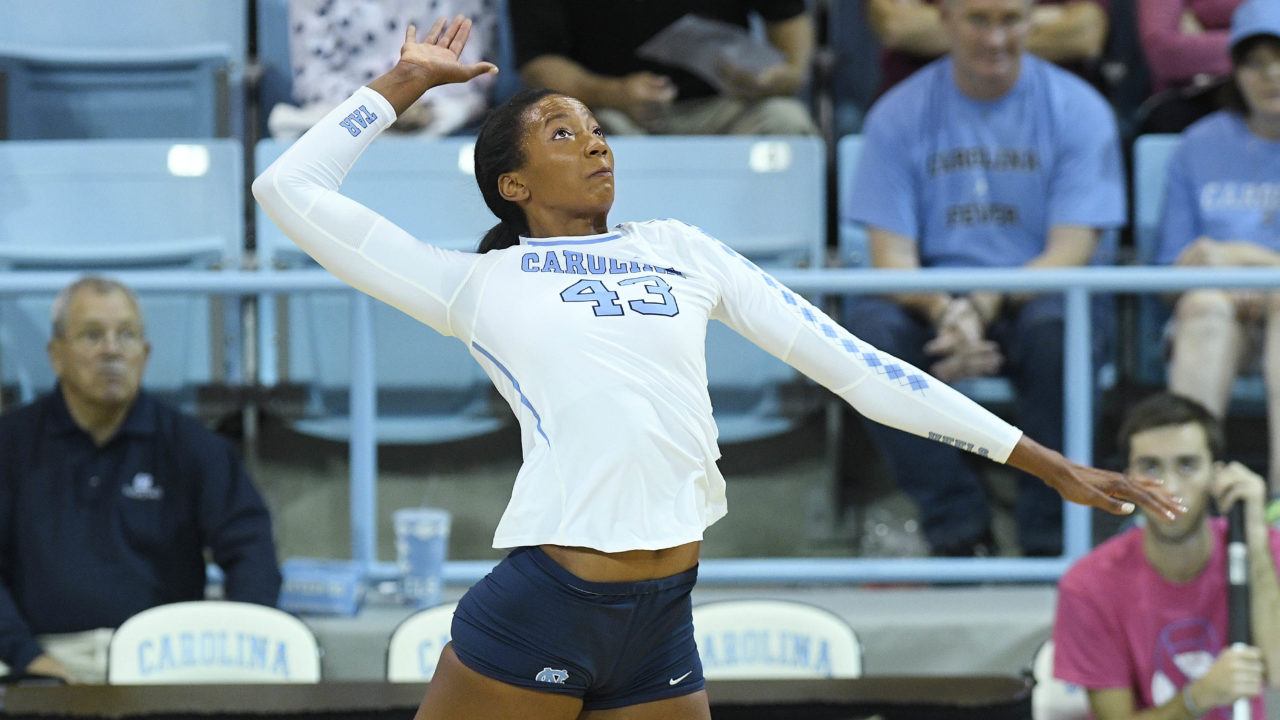 Penn State has landed one of the biggest transfer additions on the market this offseason as former North Carolina outside hitter Taylor Leath is set to become a Nittany Lion. Leath will be a fifth-year senior in 2018 with one year left of play and should be immediately eligible as a college graduate.

A 6’2″ outside hitter, Leath is originally from the Pennsylvania and actually attended State College Area High School. She redshirted in 2014 before making 10 starts in 2015 and then breaking out as a redshirt sophomore in 2016. During the season, she went on to earn AVCA All-America Second Team honors, All-ACC First Team and ACC Player of the Year. Last season as a fourth-year junior, Leath was All-ACC Second Team.

It’s another big hit for North Carolina, who went 14-14 in a 2017 plagued by injuries. Besides Leath, they’ve lost 6’7″ setter Holly Carlton to Florida and Julia Scoles to Hawaii’s Beach team. They looked ready to get back to their level of play from 2016 when they made the Sweet 16, but now will have even more challenges. Easing the transition could be the transfers they brought in with middle blocker Aristea Tontai and setter Hunter Atherton from Nebraska.

It’s also been an active offseason for Penn State on the transfer market, as they’ve lost middle blocker Cami May and outside hitter Michaela Putnicki. This though represents their first addition.

Penn State is coming off of a 33-2 season in which they went 19-1 in the Big Ten and made it to the Final Four. Leath will join just one returning outside hitter in Nia Reed along with other newcomers for the team in the fall.

In one week I will be graduating from the University of North Carolina. In a week and a day I will be beginning my advanced degree and marking the end of my career as a college athlete at UNC. Earlier this year I was accepted into the Donald P. Bellisario School of Communications at the Pennsylvania State University. Upon my signing, I am excited to officially announce my commitment to play volleyball at PSU. Approaching the end of my time at UNC has been a bitter sweet moment. As cliche as it is to say, I am incredibly blessed to have met lifelong friends during my stay here. I am thankful for the many lessons I have learned and continue to learn. I am equally as thankful for the people that have helped me, rooted for me, and challenged me at UNC. As both a student and an athlete, I have come out of this experience better whether that be mentally, physically, emotionally and/or spiritually. I am and will forever be a Tar Heel. With that said, I am ecstatic to join the Nittany Lion family. ?