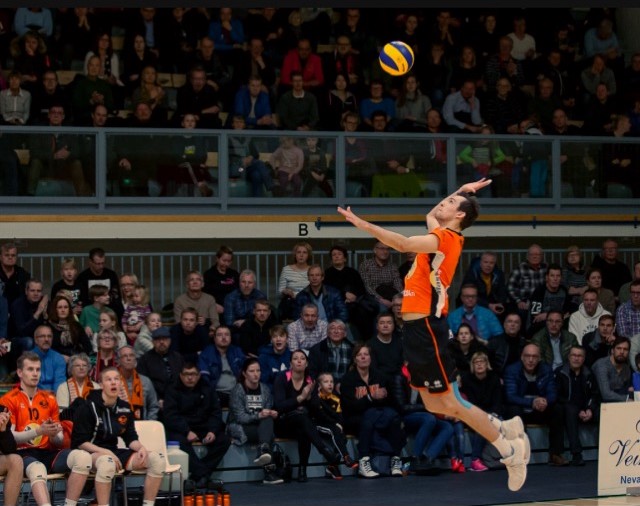 Scott Fifer will be playing in Switzerland for  Volley Schönenwerd next season. The setter from Lewis Univeristy played last season in Finland with Raison Loimu. Current Photo via Raison Loimu

After playing seasons in Cyprus and Finland, Scott Fifier will be heading to Switzerland to play for Volley Schönenwerd. The 6’3″ setter from Orland Park, Illinois, will be playing his third season of professional volleyball after graduating from Lewis University in 2016. Fifer was twice named to the All-MIVA Second Team during his career at Lewis. He also played in the NCAA National Championship match in 2015 during his junior season, falling to Loyola University in five sets.  It was the first time that the national championship match was contested between two schools from the Midwestern Intercollegiate Volleyball Association.

Fifer spent this past season in Finland where he was the setter for Raison Loimu. His squad finished the regular season in 7th place. They were paired up against Sampo Volley and lost 3-0 in the best-of-5 quarterfinal playoff series.  The team Fifer is heading to, Volley Schönenwerd, finished 6th in the Swiss league.  They took part in the 5th place playoffs and won the round against TSV Jona 2-0 in a best-of-3 series. They then reached the finals of the 5th place playoffs and were defeated by Luzern 2-0.