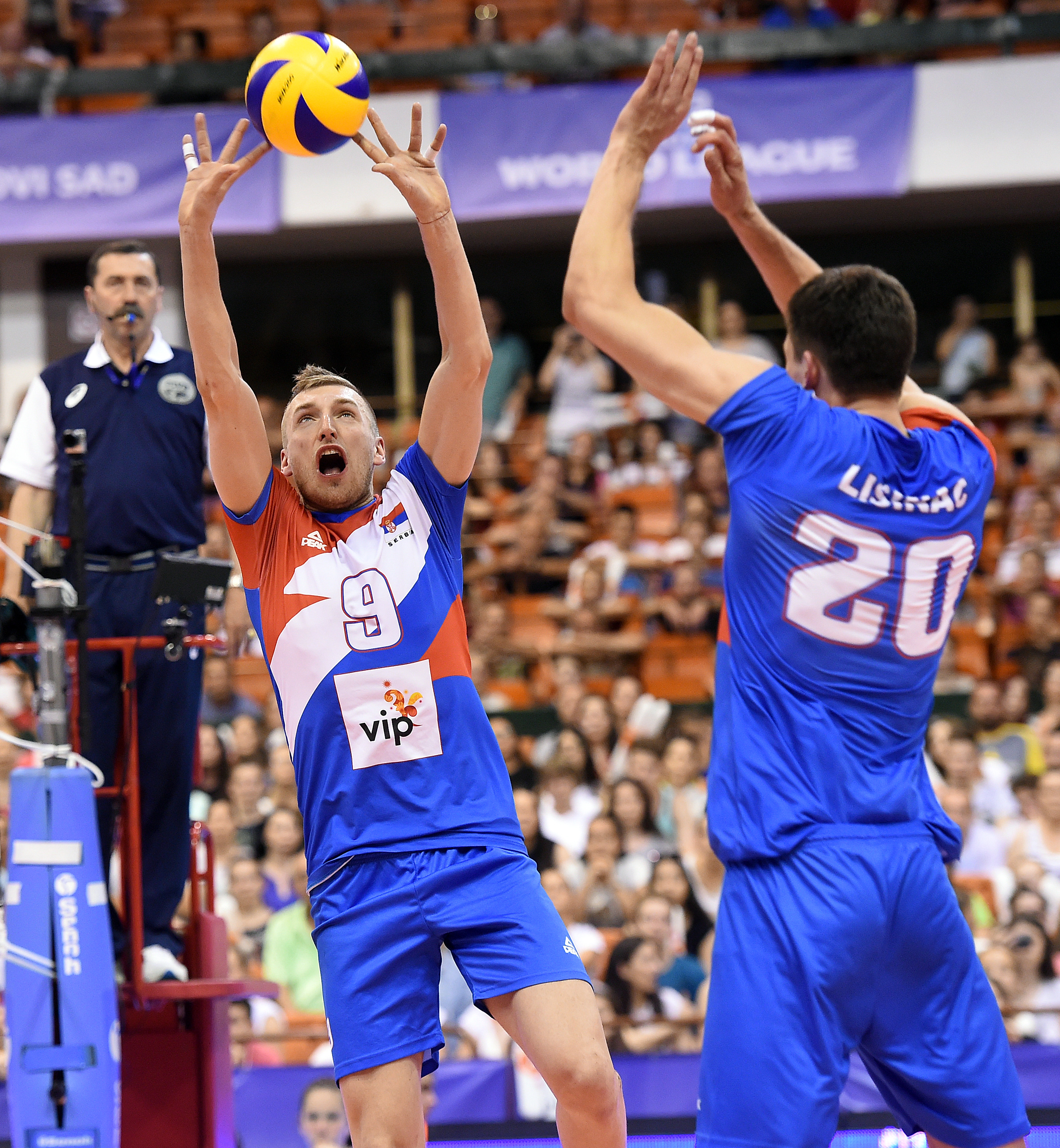 Serbian National Team setter Nikola Jovović is switching club teams as he heads to Arkasspor in the Turkish League. Archive Photo via FIVB

Current Serbian National Team member, Nikola Jovović, is switching from the Italian League to Turkey as he heads to Arkasspor for the 2017-2018 season.

A 197 cm (6’5″) setter, Jovović has been with the Serbian Men’s National Team since 2013, earning gold at the 2016 FIVB World League and silver in 2015. He was also along the ride with this year’s World League team as Serbia made the Final Six.

On the club side, Jovović started with Vojvodina Novi Sad in his homeland of Serbia in 2007 when he was a youth. He continued there until 2011 when he departed for VfB Friedrichshafen in Germany. In his three years with the club, he won both a German Cup and German League Championship before he left for Vero Volley Monza in Italy in 2014. This past season with Monza, he helped the team finish seventh in the Italian Serie A1, as now he heads to Turkey at the age of 25.

In 2016-2017, Arkas finished fourth in the Turkish top division standings as they went 14-8. They then won their first two playoff rounds, upsetting top-seed Fenerbahce in the semifinals, before falling in the championship round as they collected a runner-up finish.

Jovović will look to help the team push ahead for a title in 2017-2018, as he comes in to replace Aleksa Brdjovic, a fellow Serbian Men’s National Team member, as he is being forced to take a break away from volleyball.