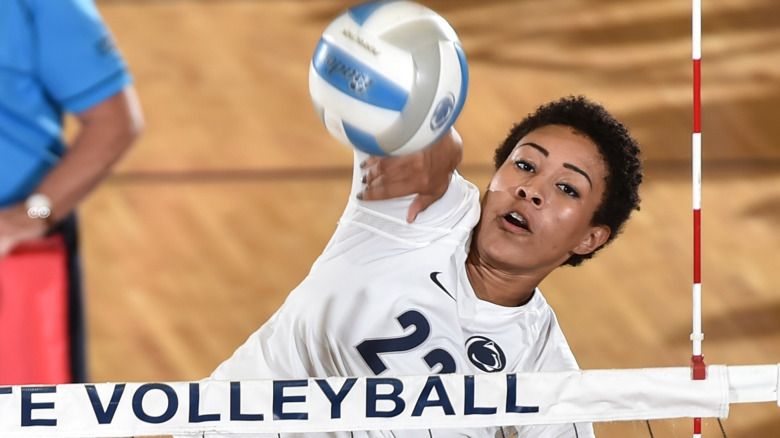 Before last Friday’s game against Ohio State, Penn State‘s senior outside hitter, Simone Lee, was seven kills away from reaching the 1,000 career kills milestone. After a hard-fought 3-2 victory, Lee finished with 18, which was more than enough to carry her past the 1,000 mark.

Lee is the 27th Nittany Lion to reach the milestone in program history, with teammate, friend, and fellow outside hitter Ali Frantti doing so in the first week of this season, where she slammed down four kills against West Virginia to earn her spot as the 26th.

Lee and Frantti were teammates before donning Penn State‘s navy and white- they played their final season of club volleyball together. Their chemistry is clear on the court, which Frantti believes is mostly due to their shared backgrounds.

“We’re very familiar with each other on the court and she’s a really good teammate,” Frantti said. “We have each other’s backs.”

Not only do they have each other’s backs, but they have their team’s as well. With both of them surpassing the 1,000 kill mark this season, Penn State became the 7th NCAA Division One team to have two active players with 1,000 or more kills.

While Frantti was the 2014 AVCA National Freshman of the Year, Simone Lee split playing time with Megan Courtney and Aiyana Whitney for her first two seasons, both of whom are now playing for USA volleyball. Lee exploded onto the national scene during her junior campaign, tallying 503 kills-the third-highest single season kill total in Penn State history during the 25-point scoring era. Midway through this season, Lee again leads the Nittany Lions in kills, currently sitting at 225.

“It’s exciting, but it’s not the whole goal,” Lee told PSU Sports, speaking of her accomplishment. “It’s just something else that happens but that’s not the end goal for me. Obviously, we’re still playing and not done yet.”