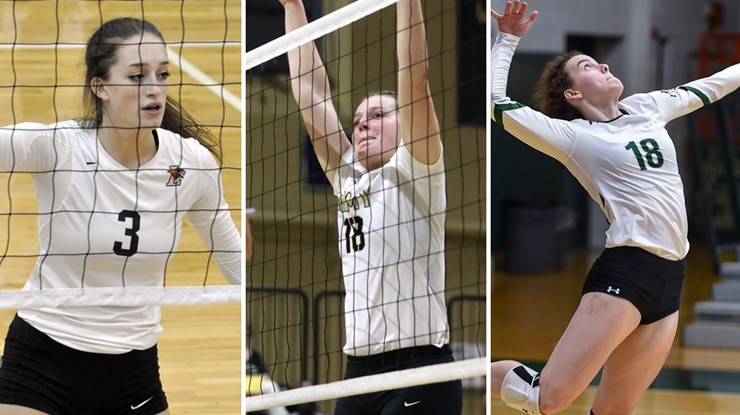 CENTER VALLEY, Pa. – Lehigh junior right-side hitter Ana Spangenberg was named the Patriot League Volleyball Player of the Week, while Army West Point freshman middle blocker Emmy Barnhorst and Loyola Maryland freshman libero Katie Forsythe were selected as the co-rookies of the week when honors were announced by the League office on Monday.

Maddi Sgattoni, Navy, So., OH, Pittsburgh, Pa.
* Sgattoni averaged a team-high 3.78 kills and 2.89 digs per set this past weekend.