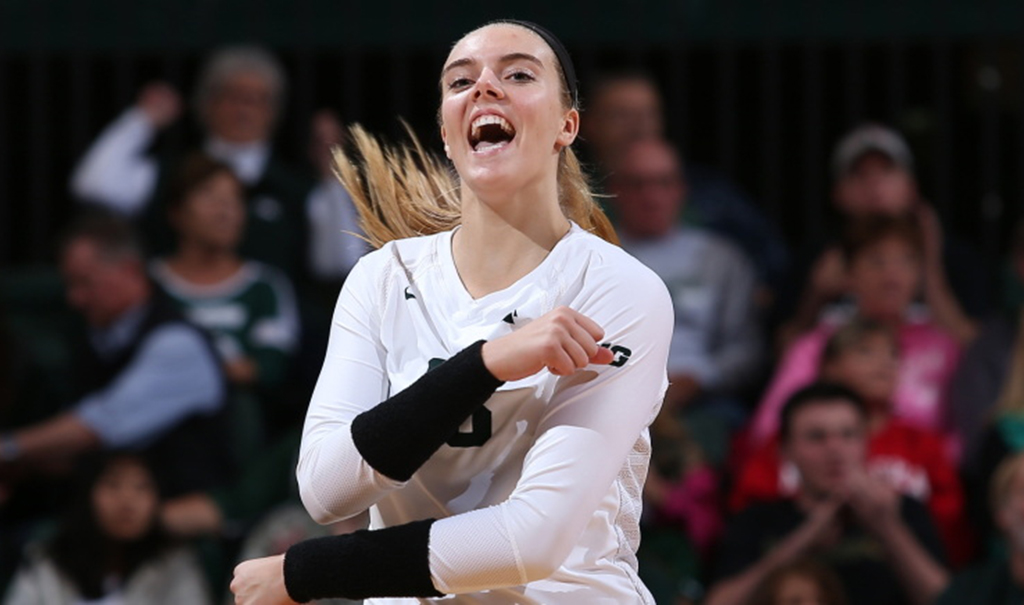 The Minnesota Golden Gophers have one of the best home-court advantages in college volleyball. The team hadn’t lost at the Maturi Pavillion since October 22nd, 2014, when they fell to Nebraska, until Sunday.

That’s when the Michigan State Spartans came to town. Lifted by a senior class who was ranked #4 in the country when they committed and a freshman class ranked #9 in the country, Michigan State knocked off their 2nd undefeated team of the weekend (they beat Wisconsin on Friday) in a 3-0 sweep.

The Spartans’ serve was locked-in for most of the match, and when it was the Gophers had no answer. Minnesota did steal momentum a few times, mid-way through the 2nd set and early in the 3rd, but in each case, Michigan State fought back. In the 3rd and decisive set, the Spartans were down 16-7, but then ran off 8 straight points and were right back in it and eventually road to a 24-20 lead. Minnesota picked up two-straight facing game point, but an Alyssa Garvelink kill finished the day for Michigan State.

Garvelink had 8 kills on the day and led the team with a .438 hitting percentage.

Brooke Kranda and Autumn Bailey were the team’s high scorers, though both were high on errors; the 6’6″ Kranda landing 15 kills (with 8 errors), while Bailey landed 14 kills (with 7 errors). Bailey had a double-double with 13 digs.

The offensive formula for the Spartans was the same as the one that led to the Wisconsin win: feed Kranda and Bailey often.

Star freshman Stephanie Samedy led the Gophers with 11 kills – her second-lowest output of the season. Samedy has double-digit kills in all 13 games in her Minnesota career so far.