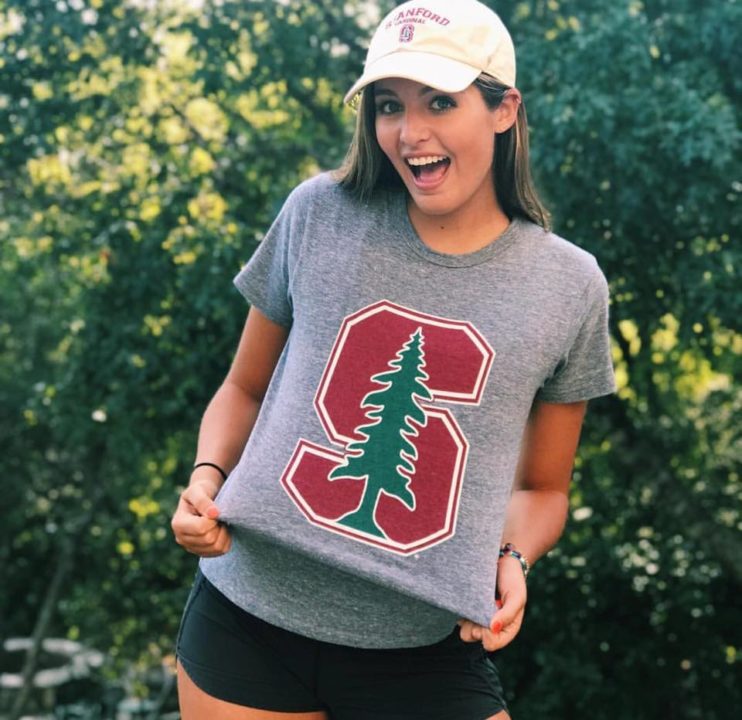 Class of 2019 recruit Maddi Kriz has committed to Stanford Beach for the 2020 season. Archive Photo via Maddi Kriz

Class of 2019 recruit Maddi Kriz has committed to play beach volleyball at Stanford. Kriz would join the Cardinal for the fall of 2019 with her freshman season in the sand coming in the spring of 2020.

A senior-to-be this upcoming fall, Kriz attends Round Rock Westwood High School in Austin, Texas. During her junior season in 2017, the 6’1″ outside hitter indoors logged 396 kills (3.5 per set) on a .214 mark, 413 digs (3.6 per set), 46 blocks (0.4 per set), 42 aces (0.4 per set) and eight assists according to her MaxPreps profile. Beyond starring for the varsity team in volleyball, she also continues her athletic endeavors on the soccer team.

Kriz also has plenty of experience in the sand, where she earned a spot playing for the USA Volleyball’s A1 U19 Junior Beach National Team (JBNT). She also came in third at the 2017 USAV Beach HP U19 World Trials with partner Delaynie Maple.

Video of Kriz’s play can be seen below via YouTube:

Stanford Beach went 17-13 in the latest 2018 season, along with a 7-4 mark as a member of the Pac-12 before missing the NCAA Tournament. They also ended the year ranked 13th in the final AVCA Coaches Poll for 2018.

So blessed to announce that I have committed to play beach volleyball at Stanford University. Special thanks to my family, coaches, and friends for shaping me into the person I am today. Go card!!! 🌲