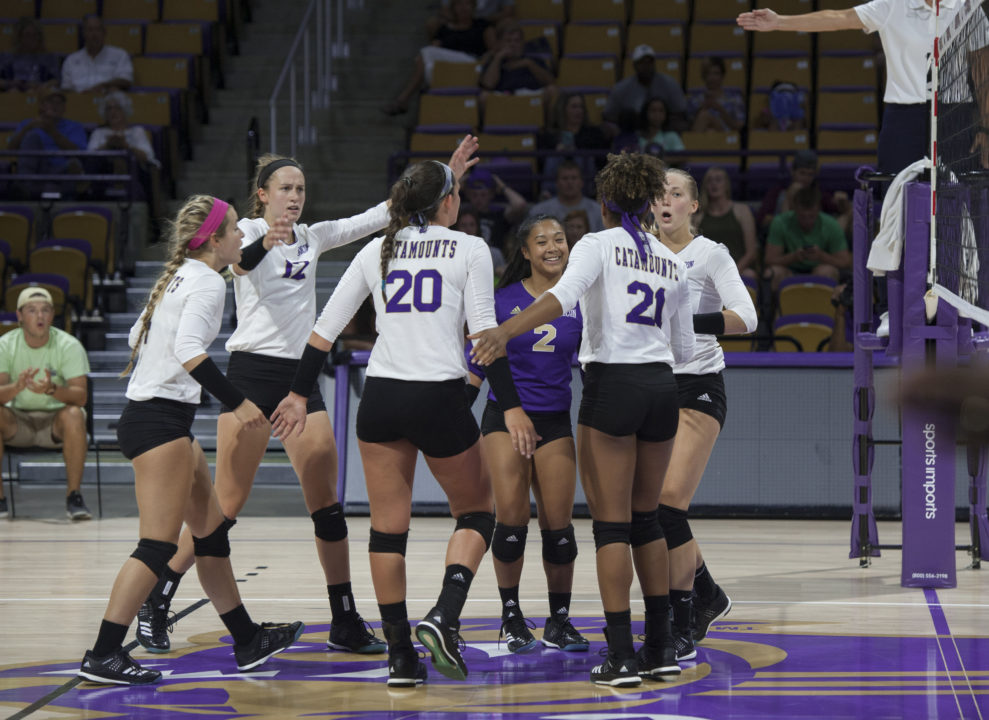 Western Carolina has made a big splash from the transfer market out of the SEC in former Alabama outside hitter Madison McNally. A redshirt freshman-to-be come the fall, McNally will have four years left of play for Western Carolina and is likely to be immediately eligible since she is changing leagues.

McNally spent just one season with the Crimson Tide in which she did not appear in any on-the-court action and instead redshirted. She actually chose Alabama over Western Carolina initially, along with others such as Wake Forest.

Standing at 5’11”, McNally is a native of Sarasota, Florida where she attended Cardinal Mooney High School. At the school, she became the career leader in kills (1,511), was a two-time team MVP and was first-team all-area. She also played for Tampa United and Venetian Bay Club and with Cardinal Mooney’s first ever beach team.

The move gives Western Carolina three players on their current 2018 roster who can fill the outside hitter position. Joining McNally is true freshman Merry Gebel and junior Abigail Veit, who started in 27 of the team’s 30 matches and was fourth on the team in kills in 2017. Still, a starting spot should be open for the second outside hitter after 2017 kills’ leader Gabby Gray graduated.

The Catamounts collected an 11-19 finish to the 2017 season and a 6-10 mark as a member of the Southern Conference, putting them in a tie for sixth in the nine-team league.