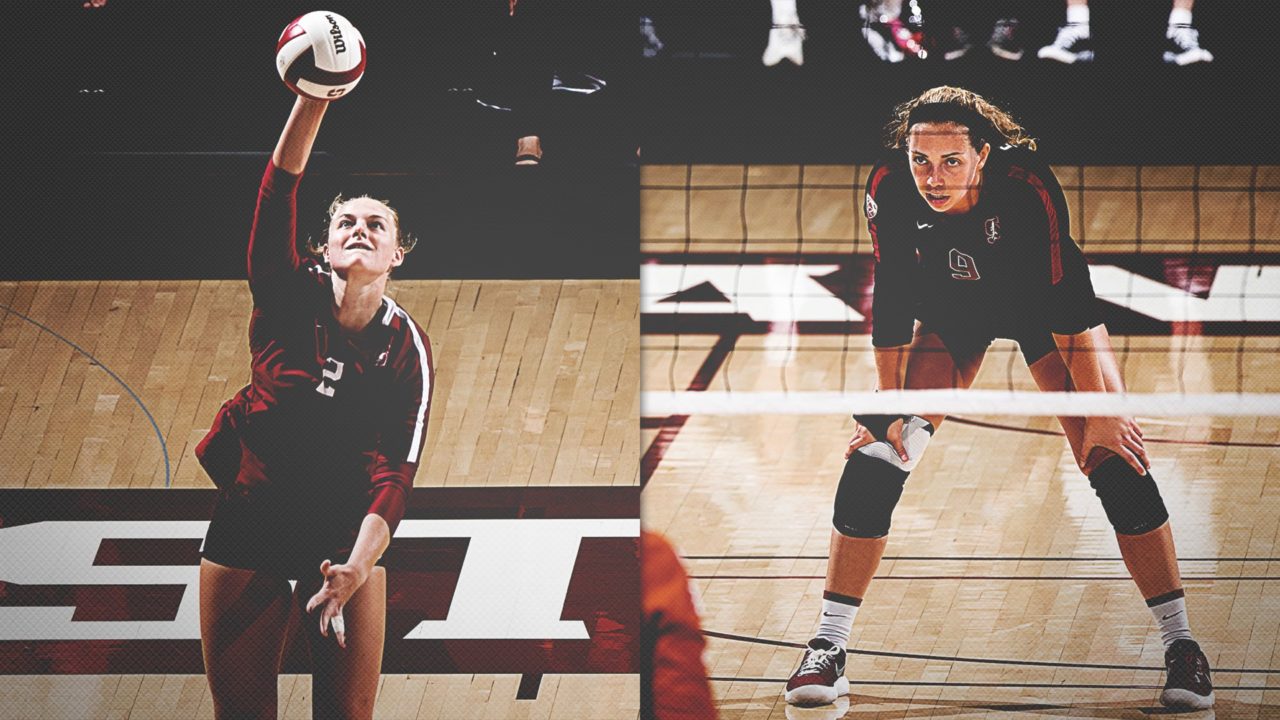 Stanford's Kathryn Plummer and Morgan Hentz were tabbed as Pac-12 Offensive and Defensive Player of the Week for the second straight week.  Current Photo via Stanford Athletics

Morgan Hentz, JR, STAN (Lakeside Park, Ky.)
38 Digs, 5.43 DPS, 3 ASST
• Led the Stanford defense with 5.43 digs per set and had just one reception error in a pair of wins over No. 3 Texas last week.
• Tallied 11 digs in the 3-0 sweep at home on Tuesday, moving her into Stanford’s top-10 for career digs at 1,238.
• In the 3-1 victory over the Longhorns on Friday, recorded a season-high 27 digs in four sets.
• It marks her second-straight weekly defensive honor and the third of her career. It is the 109th all-time weekly honor for the Cardinal.

Congrats to Maddie Sheehan! She's been named as the Pac-12 Freshman of the Week! https://t.co/TmywtYI8v3 #GoBeavs pic.twitter.com/HPD3OtB1i1