Stats Leaders After Day 1 of U20 Worlds 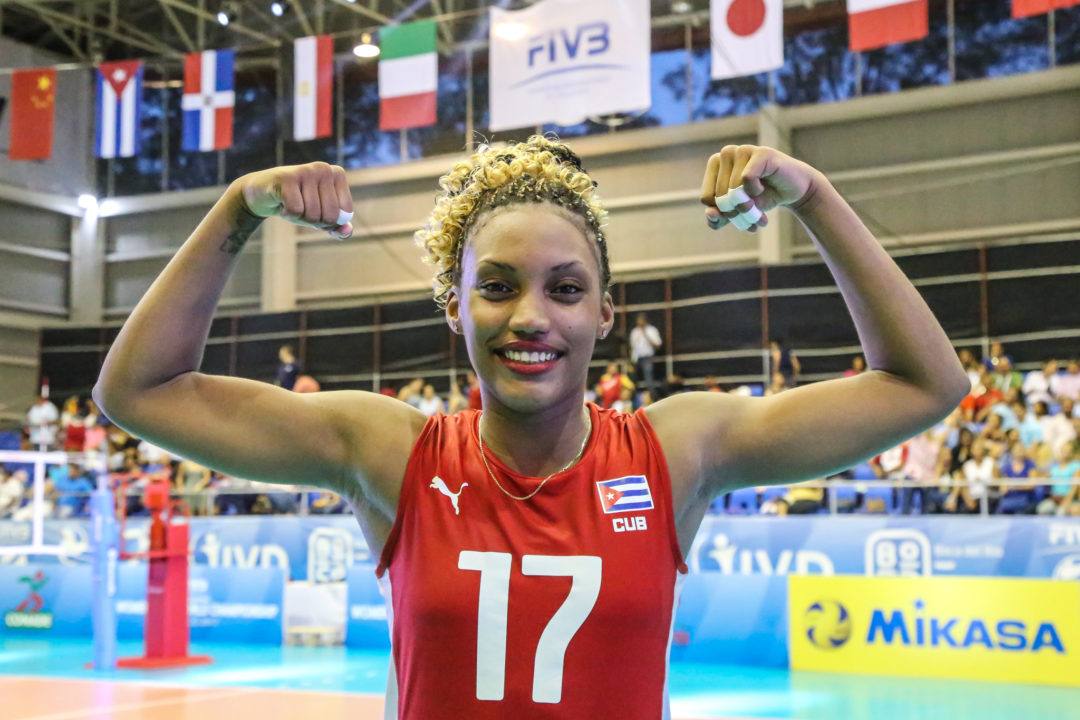 The first day of matches at the FIVB Women’s U20 World Championships saw some big numbers put forward by some of the best young players in the world. Leading the tournament in scoring is Cuba’s Heidy Casanova with 26 points on 21 kills, 4 blocks and one ace. Casanova is followed closely by Natalian Murek of Poland with 25 points (24 kills, 1 block) and Amaya Guereca Parra Uxue of Mexico with 24 points (17 kills, 2 blocks, 5 aces). Also leading the way in points were Serbia’s Katarina Laxovic, Poland’s Aleksandra Lipska and China’s Han Wu with 21 points.

Casanova has been a member of the Cuban national team since the 2014 FIVB Volleyball World Championships. The 18 year-old opposite plays professionally for La Habana in Cuba. Murek is a 17 year-old outside hitter who spend the upcoming professional season with Impel Wroclaw in the Polish league. She is the daughter of David Murka, a long-term Polish Men’s Volleyball national team member.

The tournament, which is being held in the Mexican cities of Boca del Rio and Cordoba, features sixteen teams from around the world. The teams will compete in matches over a ten-day period, culminating in the finals on July 23rd. The sixteen participating teams are Russia, Mexico, Egypt, Bulgaria, China, Dominican Republic, Poland, Peru, Brazil, Serbia, Cuba, USA, Japan, Turkey, Italy, and Argentina.

More from Scott Leserman
See All