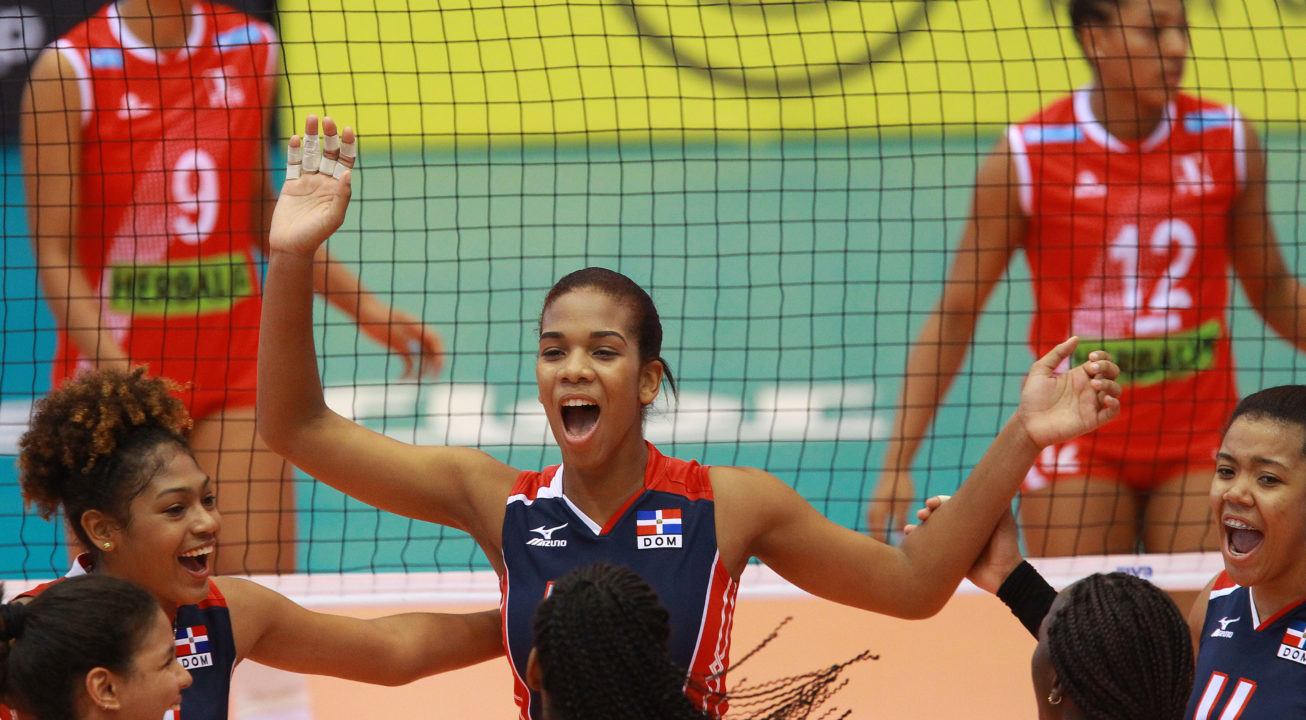 The defending champions from the Dominican Republic will feature three players from that 2015 championship squad. Current Photo via FIVB

The U20 World Championships got under way on Friday, but before things get too far along, take a look at the rosters that will make up the 16 squads vying for the title.

The defending champions from the Dominican Republic will be bringing three players from that 2015 championship squad – Vielka Michelle Peralta, Lisbeth Martinez and Yokaty Perez Florez.

Brazil, the 2015 runner-up squad, is looking for its first title since winning the last of four straight in 2007.

Italy took the final podium spot, marking its best finish since capturing the 2011 championship, while Japan rounded out the top four, following a silver medal in 2013.

The American team includes just seven members of the country’s U20 Pan Am Cup championship squad.

The teams will be divided into four pools of four teams each. Pool A features Bulgaria, Egypt, Mexico and Russia. Pool B includes China, Dominican Republic, Peru and Poland. Pool C is made up of Brazil, Cuba, Serbia and the United States. Argentina, Italy, Japan and Turkey comprise Pool D.

Action began on July 14 and continues through July 23. All matches will take place in Mexico with Cordoba and Boca del Ryo acting as host sites.