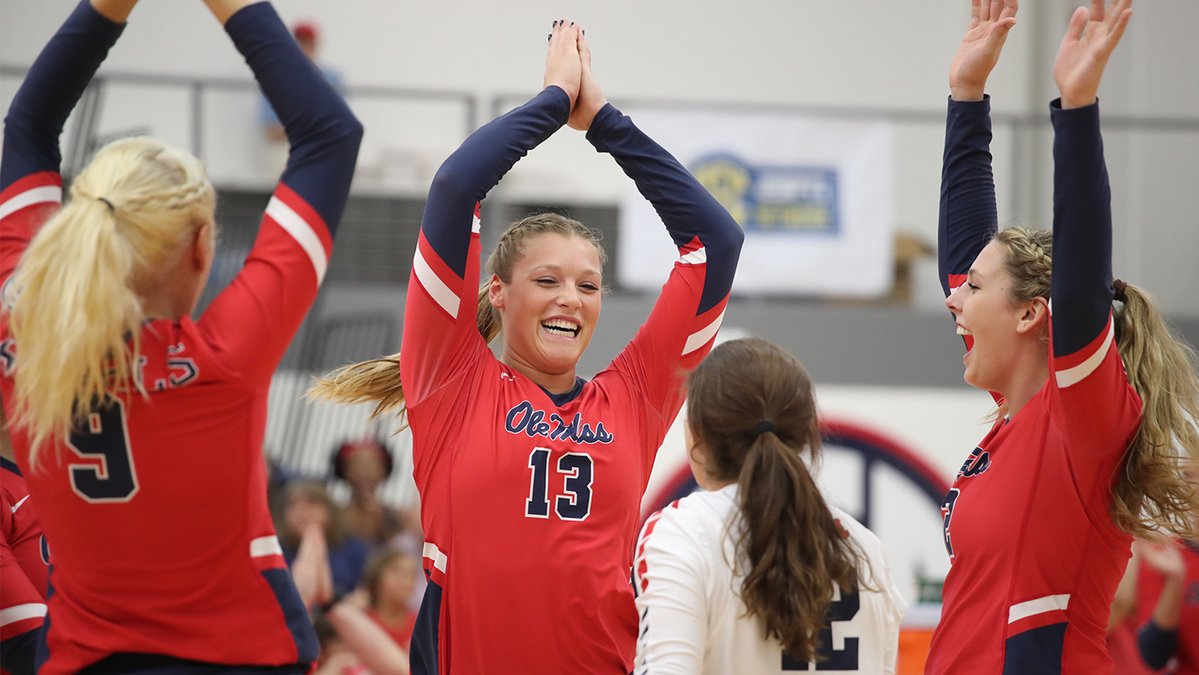 Junior Emily Stroup delivered a dynamic performance, recording new career-bests 30 kills and 24 digs en route to her league-leading 10th double-double of the season. Fellow attacker Caitlin Wernentin joined her in the career column, registering a new high of 21 kills. Both were aided by sophomore setter Lauren Bars, who dished out a career-best 51 assists.

Stroup’s 30 slams set a new single-game program record for kills in the rally scoring era ahead of five 28-putaway efforts in the 30-point era and Kate Gibson’s 27 against UND in 2016 (25 point era). It ranks third all-time including sideout and rally scoring efforts.

The Rebels came out swinging to open the contest, taking the first two points and building a four-point lead midway through the set at 17-13. The Tigers then used a pair of three-point rallies to equalize and then take control, capitalizing on back-to-back Rebel miscues to take the frame 25-22.

Another pair of 3-0 runs kept LSU with the upper hand in Set 2, giving the Tigers a 7-3 lead early. After maintaining their lead at 18-13, a Stroup kill and a set of LSU errors put the Rebels within two. After a slam by sophomore Bayleigh Scott, Stroup attacked again, registering back-to-back kills and evening the set at 19. Stroup again equalized the frame at 20, and then picked up some help from Wernentin, who registered a kill and a pair of blocks to finish off the comeback and even the match with a 25-22 win.

LSU took advantage of two 4-0 rallies in the third frame to regain the match lead with a 25-21 victory.

An offensive explosion from Wernentin led the Rebels to a 25-21 fourth set win, where the senior pounded eight kills en route to breaking her career-high she set two nights ago.

Both teams battled in the finale, going through 13 tied scores and five lead changes. Even at 14-14, Stroup continued to surge, tallying a huge kill to hand the Rebels match point before a block from the duo of Scott and sophomore Leah Mulkey finished the job.

UP NEXT
Ole Miss remains at home, welcoming Missouri for a Friday night matchup before heading out to No. 19 Kentucky for a Sunday showdown.