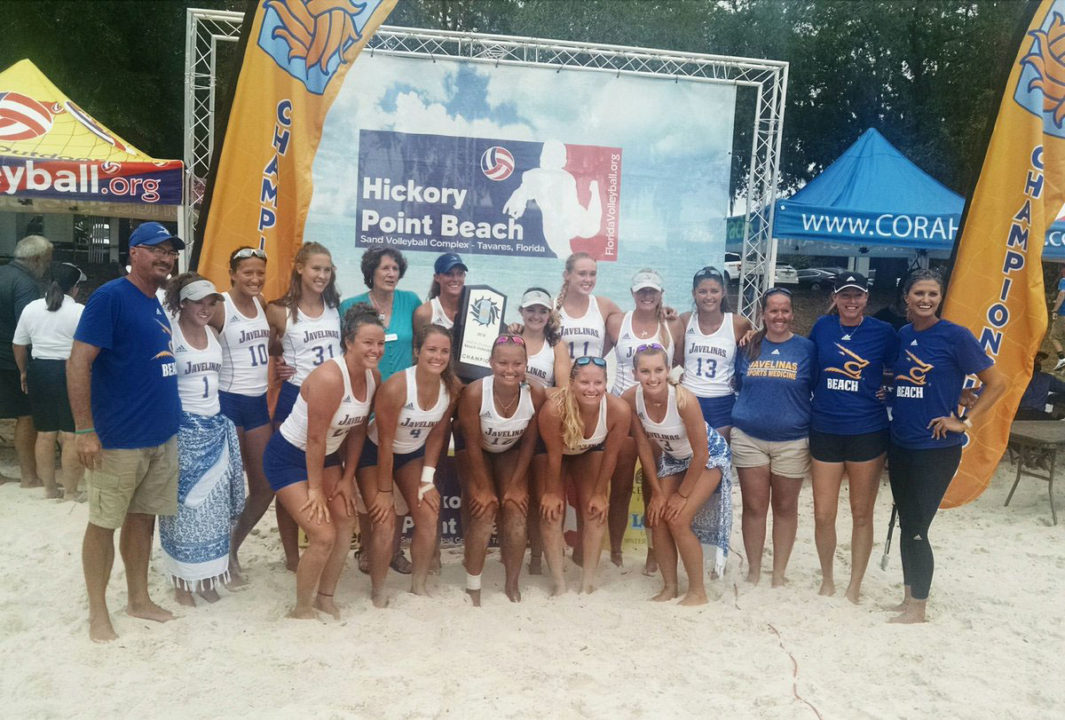 The NCAA is in its 3rd year of sponsoring a national beach volleyball championship (tickets here), but as the sport... Current Photo via AVCA

The NCAA is in its 3rd year of sponsoring a national beach volleyball championship (tickets here), but as the sport continues to grow and develop at the collegiate level, thus far there is only a single division available: the so-called “college” division. Thus far, participants in the NCAA Championship tournament have all been Division I teams, leaving smaller schools locked out of the national championship tournaments so far.

That all changed over the weekend when the American Volleyball Coaches’ Association (AVCA) hosted its inaugural small college beach volleyball championship in Tavares, Florida. There, they crowned unofficial champions in two categories: DII for schools traditionally in Division II of the NCAA; and DIII/NAIA/CCCAA, for schools traditionally in those divisions of NCAA or non-NCAA play.

A similar tournament was played last year, but this is the first with the AVCA’s formal backing. In total, 15 teams participated in this year’s tournament.

Texas A&M – Kingsville rolled through its competition, sweeping its opening two seeding matches against Lincoln Memorial and Florida Southern College 5-0. Then, in the bracket, they beat Spring Hill College 3-2 before topping Eckerd 4-1 in the championship match. Kingsville’s #2 line of Macy Berg/Madison Brabham, and their #3 line of Tenley Housler/Erin Umbel were undefeated on the weekend, winning all 4 matches they played. Housler/Umbel didn’t drop a set, while Berg/Brabham won all but 1, when it took them 5 sets to beat Lincoln Memorial’s Abby Cash/Lindsey Nartker.

The season isn’t quite over yet, as the Javelinas take a 4-match winning streak to their home-hosted Javelina Battle on the Beach tournament next weekend. They’ll welcome in Ste. Edward’s, New Mexico, Abilene Christian, and Texas A&M – Corpus Christi and put their perfect 8-0 home record on the line against 3 Division I schools.

Webber only lost 2 games the entire weekend. They opened pool play with a 5-0 sweep of Mt. San Antonio College and a 4-1 win over Huntingdon College. Then, they opened bracket play on Sunday by sweeping Huntgindon College, thanks to Teryn Milles and Jessica Terry avenging a loss at the #5 line on Saturday.

The Warriors then ran into Stevenson in the final; Stevenson hadn’t lost a match yet, but did drop 2 sets both to finish pool play and open the bracket against Warner. The final was 4-1 in favor of Webber International, clinching the title.

Webber’s top 3 lines all were unbeaten on the weekend: Carlee Baxter/Amber Lake at the #1 line, Emily Bowen/Hannah Tannone on the #2 line (after the match had been clinched); and Lauara Embry/Salla Rautiainen on the #3 line. Baxter/Lake and Embry/Rautainen swept all 4 of their matches. 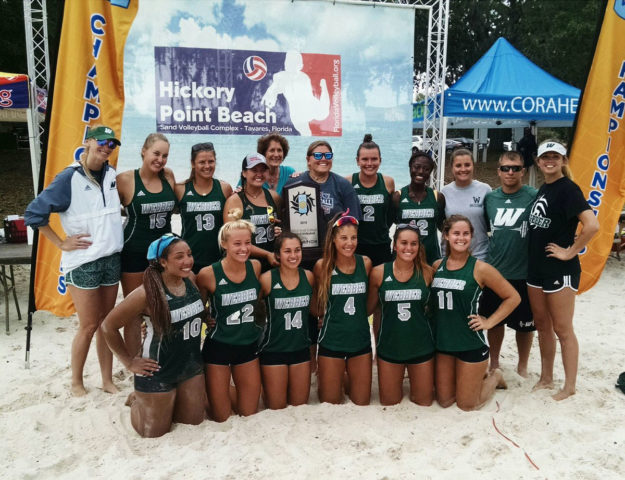