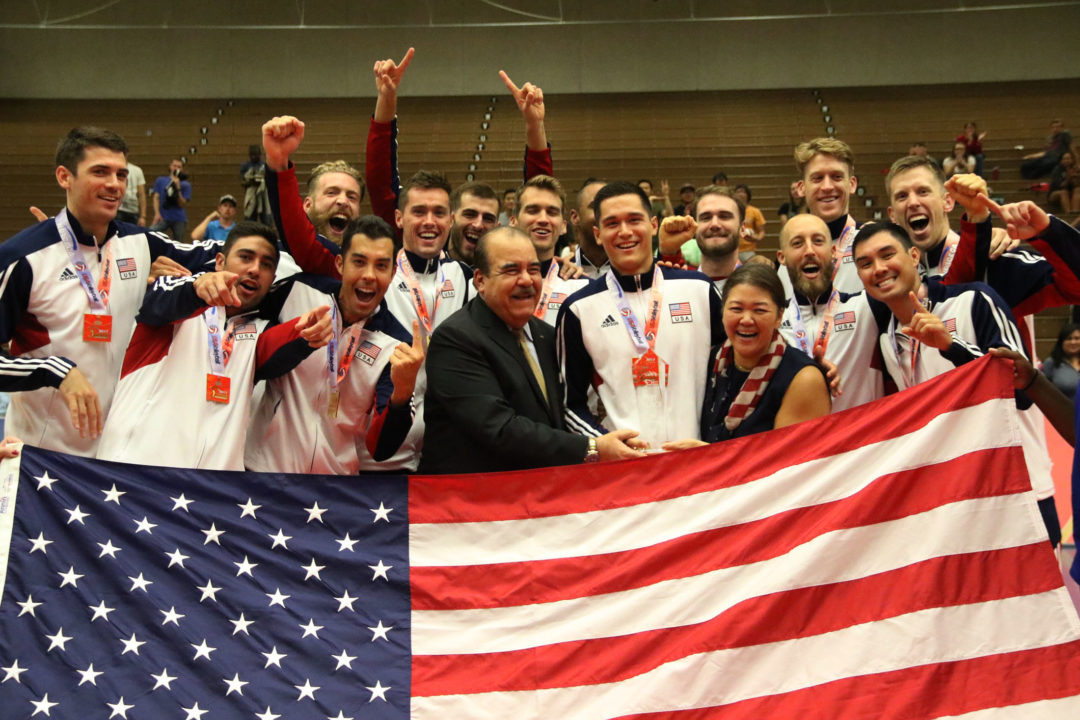 With their spots already confirmed for the 2018 World Championships in Italy and Bulgaria next fall, Team USA and the Dominican Republic battled it out for the top spot of the 2017 NORCECA Men's World Qualifier.  Current Photo via NORCECA

With their spots already confirmed for the 2018 World Championships in Italy and Bulgaria next fall, Team USA and the Dominican Republic battled it out for the top spot of the 2017 NORCECA Men’s World Qualifier.

The American’s then routed the Dominican crew in straight sets 3-0, (25-17, 25-10, 25-12) without much trouble. Team USA was led by Matt Anderson who put down 13 points for the Americans on seven kills, two blocks and four aces while Thomas Jaeschke and David Smith each added another 10 points in the win.

For the Dominican Republic, Pedro Luis Garcia Toribio put down a team-best seven points in the win, all on kills.

In the bronze medal match, one that had more at stake took Canada four sets to down Mexico 3-1, (21-25, 25-13, 27-25, 25-18). The win for the Canadians secured their spot in the World Championships next year, while Mexico will have another shot at claiming a spot in the second NORCECA qualifier.

For Canada, Stephen Timothy Maar and Jason Derocco each contributed 18 points in the win while Sharone Vernon-Evans added another 17. The Mexican side had four players reach double-digit points – Daniel Vargas and Jorge Barajas with 13 apiece and Gonzalo Ruiz De la Cruz and Jose Martinez with 12 each.