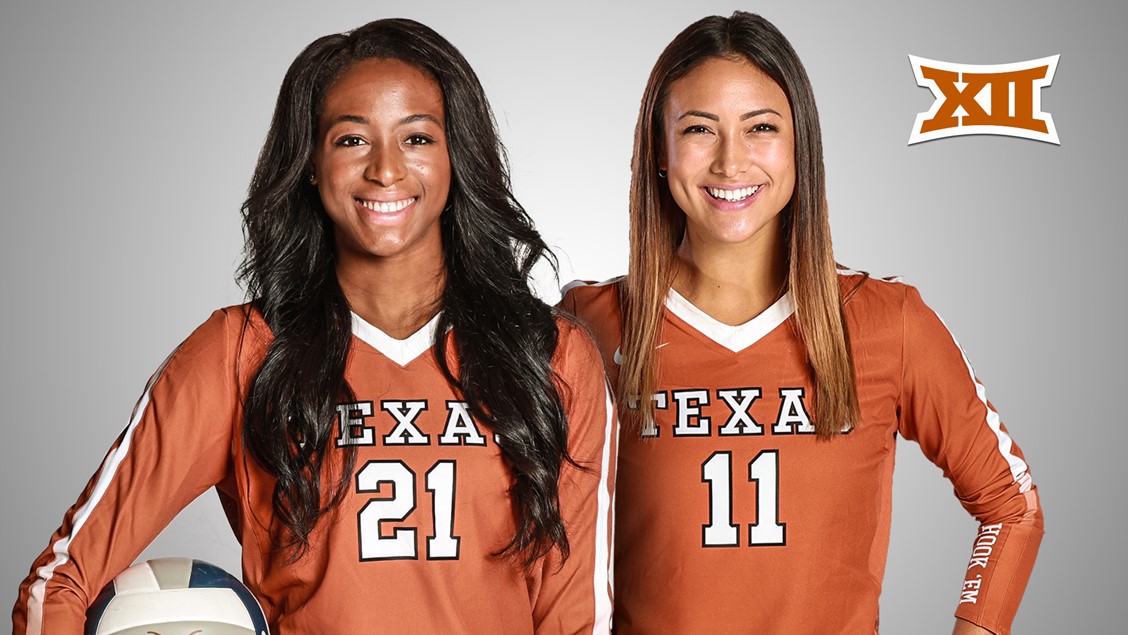 This week the Big 12 Conference recognized players from Texas and Baylor for their performances on the week. Current Photo via Texas Athletics

This week the Big 12 Conference recognized players from Texas and Baylor for their performances on the week. Baylor’s Yossiana Pressley garnered the Offensive Player of the week while Texas’ Chiaka Ogbogu and Lexi Sun picked up the Defensive and Freshmen Players of the Week, respectively.

Pressley is the first freshman to be named the Offensive Player of the Week, since Kansas’ Madison Rigdon earned the honor on September 22, 2014. On the week, Pressley posted a career-best 20 kills on a .381 hitting clip in the Bears win over Kansas State.

This is Ogobogu’s second straight week garnering the award after posting 16 blocks for an average of 2.00 blocks per set on the week. Nationally, Ogbogu has 1.68 blocks per set which set her at #3 in the NCAA Division I.

Sun earns her third Freshman of the Week honor this season after recording 30 kills for an average of 3.75 kills per set on a .324 hitting percentage. Additionally, Sun picked up nine digs and eight blocks on the week.